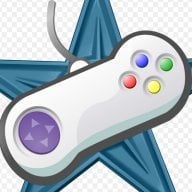 Thank GBAtemp for offering us a chance to recruit gaming card reviewers here. We're one of the most popular seller in shoptemp.com. Now we're pleased to offer free gaming cards to cool reviewers to get objective reivews.
Please reply this thread with link your previous work if you're interested. We'll pick out qualified reviewer to give out free gaming cards.

Feel free to let us know if any questions 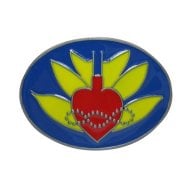 End Boss of the Entire Internet

While I do not have previous work in reviewing flash cards, in particular, I am a credited beta tester in two published games, one of them available for sale commercially.

I have worked on Al Emmo and the Lost Dutchman's Mine;

As well as Quest for Glory 2 VGA, by the same developers;

I have thousands of hours of beta testing under my belt, and am able to write excellent, informative, descriptive and complete reviews for pretty much anything that I have ever used.

I don't know if you are only looking for previous flash card reviewers, but if you want someone who will put your product through extensive, exhaustive tests with comprehensive, easy-to-read reports, and a professional, well-written and edited review, I would be pleased to assist you.

damn me for not writing reviews

When will you stock mt-card (3ds rom flashcard)?

PS: Being a fanboi, my reviews could be biased, so no reviews application by me!

I'm always around if you guys need a writer. As far as the list of items you are requesting for review, I've covered some of them in older forms, such as the Supercard DSTwo review and a Gateway 3DS review linked below:

I may not be a flash cart reviewer anymore but I am still extremely active in the field of writing. I'm looking to expand my writing into other aspects of hardware, like tablets, electronics, etc. I have dedicated thousands of hours devoted to the site over a period of six years, over a dozen editorial related articles in the past three months, and a site reporter. If you wish to cooperate together with me, please feel free to PM me on this forum or email me at ryukouki[at]gbatemp[dot]net. Thanks!

Full list of written works in a recent period:

only real bit of "review" style writing i have done is here, mainly just because i was bored

I had another nongaming related review but the web site it was on went down, I have the html source of the review though in a txt file

would love to review a supercard dstwo

would love to review a supercard dstwo
Click to expand...

Your linkies are kind of dead.

Ryukouki said:
Your linkies are kind of dead.
Click to expand...

Crap, I've been here since 08 and I didn't even know you did reviews.
Reactions: Joe88

Ryukouki said:
Crap, I've been here since 08 and I didn't even know you did reviews.
Click to expand...

lucky I kept txt file backups the reviews, if you look at below some of the reviews everything was converted to html code when they switched over to xenforo

Joe88 said:
lucky I kept txt file backups the reviews, if you look at below some of the reviews everything was converted to html code when they switched over to xenforo
Click to expand...

That happened to some of my old ones too. I had to go into the Internet Way Back archives and pick up all the old data and copy paste it into my reviews to make it readable again.

couldn't you just throw it through a html viewer

gamesquest1 said:
couldn't you just throw it through a html viewer
Click to expand...

I tried and got naught but an ugly mess.
Reactions: gamesquest1

Seems like the second link in the first post is broken
I made some reviews concerning DS mode flashcards on youtube (German, partly with english subtitles) and on my website (only German). I won't write Reviews on GBATemp and only in German.
I don't need two of the cards but if your second link should be for http://www.eachmall.me/goods-5949-5949.html, I would like to review it. In addition to that, I would be interested in the last card: The R4i-SDHC Upgrade WiFi Mini Package.

nice to see this sort of thing on GBATemp, now all the typical reviewers will descend and not give the noobies a chance

DSTwo = Best card out there, game compatibility and Firmware compatibility, the CPU allows for much more than the typical card and roms play unpatched, slightly higher priced but get what you pay for

2014 R4isdhc Dual-Core = again another clone card, there Kernel is there own and game compatibility is bad (expect to patch alot of games AP to play them), bad Firmware compatibility, i mean they brought 5 identical cards out just in different packaging (this is 1 of the 5) and they barely survive a few updates and they expect you to buy a new card again

It's probably a clone of R4isdhc.com. The website on their card is a typo, they ment R4isdhc.in (look at the box).
X

I'm not a reviewer, but I can write correct and formal Portuguese translations that could be understood by both brazillians and portuguese folks, considering you send a dstwo after or before

O
My r4 card is sort of working, but it isn't displaying the names of the games

Nintendo DS Today at 4:00 AM
lifehackerhansol

K
Hardware is this console decent for the price?

D
Hacking Problem with R4isdhc.hk 2014 not recognised by my DS