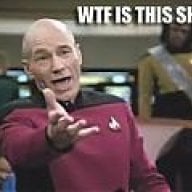 I have had all my games running on the soft-MODed Wii no problem, lockups aren't frequent but occasional and I think it may be because my external hard drive is a little older and may be occasionally failing. I wasn't sure if anyone has had a similar problem with a newer hard drive or even the same with an older one. Just curious if it's potentially an occasional failure on behalf of the whole soft modding or if it's odds are the hard drive. The soft MOD setup is just CFG USB Loader and all proper CIOSes, though for more in-depth specs the only 2 titles to freeze have been Donkey Kong Country Returns (once or twice now in a week of like 20 hours of play.) and Monster Hunter Tri locked up for the first time ever last night. Both lock up on loading screens, it's never in the midst of game player and the CIOS I'm using with CFG is the hermes 222 mload pack.

Thanks in advance for all input!

Just a bump in hope of a reply!

Could be a spin-down problem ?