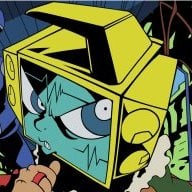 ​
Based on the legend of "The Monkey King", a character from "Journey to the West" which is a Chinese Novel published in the 16th century, and considered to be one of the Four Great Classical Novels of Chinese literature. Black Myth: Wukong already looks highly promising, with numerous direct influences and gameplay elements from games such as Genji, Tenchu, Monster Hunter, and Shadow of the Colossus... With an overarching appeal of an "Onimusha" spiritual successor.

​
On a darker side note, as promising as Black Myth: Wukong seems to be, many people are already planning on boycotting the game, due to some "Sexually Explicit Comments" made by Game Science Founder and CEO Feng Ji. More details can be found here:
https://www.scmp.com/abacus/games/a...anticipated-title-black-myth-wukong-following
Last edited by naughty_cat, Sep 28, 2020

@ Psionic Roshambo: USB C is so far my favorite connection type... Just solid and reversible near perfect 1 minute ago
Chat 3