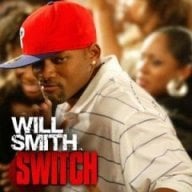 Well we saw what Nintendo did with NSMBWii, do you think Ninty will revise their Protection for this game? and do you think it'll be on the net again?

It's possible, but how should we know?

Just discussion man, nothing to know... just thinking ya know

Sir-Fritz said:
Thats why we need a super early dump so people can crack it and show em

And let Ninty catch the dumper and fine him 1.3M $

@OP: I know it's just discussion, so I'm discussing this by asking a question

doubt that will happen, after what happend with kongz

I honestly can't tell whether they'll add new security. All it does is delay piracy.


On the other hand, I guess (and hope) that whomever cracks whatever piracy may be on that disc will keep a low profile. And it's likely it won't be released on the internet until well after the release date (which makes it harder for nintendo to prove lost sales).

They may still add protection anyways so that other companies involved can't accuse them of being lenient, so nintendo can still say "Well, I tried!"
Y

It's "NINTENDO" not "NINTY" you lazy bastard
T

Uhm, did I miss something here? Any article/info on the guy who got some sort of fine for cracking an anti-piracy? 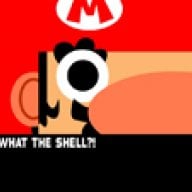 tW34k said:
Uhm, did I miss something here? Any article/info on the guy who got some sort of fine for cracking an anti-piracy?
Click to expand...

Nope you didn´t miss anything the guy "only" uploaded the game but didn´t cracked it.
Anyway even if there will be a new try to protect the game it will be most likely cracked pretty fast the wii just don´t have the best security measures and since the Wii is pretty much fully hacked they can´t do much against it

that's the dumbest clipped form of a word ever.

and yes, i think nintendo, like almost every software company on earth, will continue to try to decrease piracy. Just like I think the Earth will continue to orbit the sun, and water will be wet. 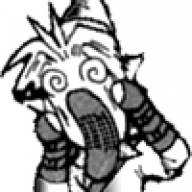 Honestly, I hope they think of something better. I'm sure it will be worth the purchase, and that would certainly convince more to purchase it.

I mean, chances are it won't last a long time (the protection if any), but I surely hope people will support the game when it comes out.

9th_Sage said:
Honestly, I hope they think of something better. I'm sure it will be worth the purchase, and that would certainly convince more to purchase it.

I mean, chances are it won't last a long time (the protection if any), but I surely hope people will support the game when it comes out.
Click to expand...

It's not like it really matters. It's a game with Mario in the title. It'll sell well either way. NSMB Wii was the most pirated Wii game last year and still has sold 10+ million copies since it's launch (which was in November).

The protection is never permanent. There will always be a crack. Anti-piracy is basically just stalling so people who can't wait for fix just say "OH FUCK I CAN'T WAIT ANY LONGER!" and go out and buy it. It happens a lot of the time. Except for some of the newer DS AP that kills off older carts (there's still no fix for Bejeweled Twist of Bookworm on a few karts), it's meant to delay, not to stop.

Odds are we'll have the same frenzy as NSMB Wii. That took a bit to crack and even longer for disc loaders. I have a feeling it'll be something new, since people are already adapting to BCA measures, or so I thought.

Ilegal = Modchip or cIOS (in this case, you now Nintendo). 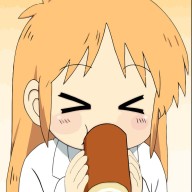 for sure they will just don't download it str8 away

If Nintendo wanted they could add checks within games that would stop pretty much any piracy from softmods but they don't, it make you wonder why.

I think piracy helps sell consoles and games....seems strange but the figures speak for themselves.

I don't think we'll see any new protection that can't be easily beat, I expect this game to pre on torrent sites before official release and be downloaded a lot more than most games, I also expect the game to sell lots more than most games. I will be right (fingers crossed

Slimmmmmm said:
If Nintendo wanted they could add checks within games that would stop pretty much any piracy from softmods but they don't, it make you wonder why.
Click to expand...

What sort of checks would be possible?
W

My bet is that new nintendo games will have BCA protection, maybe some 3rd party titles too. Also game collections, like Metroid Prime Trilogy, and some 3rd party titles witll be IOS Reloading games. But that will be everything we will see for the next months, maybe even till christmas. This guess is based on the behaviour of nintendo in the past.

Ilegal = Modchip or cIOS (in this case, you now Nintendo).

Yep, IOS Reloading would be a pain, but it would hopefully get Waninkoko to solve this once and for all.

Really looking for illegal content is something nintendo decided to not do until now. See how they delete the HBC, they look for certain title ids, instead of looking for trucha signed channels. Or what they to do prevent using cIOS, they install stub(not working) IOS as IOS249 and IOS250, and that's supposed to fix the problem for them...

I don't see any good protection coming from nintendo soon, there's already A LOT of stuff they could have done already which would have caused at least big trouble, bigger than BCA, but they did nothing.

The easiest thing they could do and which would be a very big pain for at least people with new Wiis would be:
Check signatures of stuff, BEFORE running it. This would kill patched system menus, priiloader and ALL patched IOS. This is something everybody knowing a little of the Wii's security would even have expected to be done already.

Doesn't work for Metroid Prime Triology Multiplayer or difficulty selection. Also if a game would do an IOS Reload to play movies and save AFTER the movie, that would totally beat alternative .dol loading.