Since there are a number of people who have experienced a corrupted G6 lite, let's post what we did right before the corruption happened to figure out why this is so.


K, so I have (or had) a G6 lite testing version, it had 4.1 firmware (not too sure on the version, but it was the latest firmware at the time) on it, and I got it from gamersection.ca.

I was playing Animal Crossing, and I decided to load more games on to the cart. So I plugged it in through the USB thingy which was connected through a USB extension cord. I turned on the loader program, clicked on the G6 lite, and clicked on the NDS tab.


So I panicked and safely removed it, put it in my DSL and turned it on, and nothing was there. So I restarted it, nothing was there, so I formatted it using FAT, used the maintenance program, and reinstalled the firmware.

A few days later, I was playing Rub Rabbits and it suddenly froze. So I restarted my cart, and I just saw a black screen. I plugged it in to the USB thing and nothing was there. So I reformatted it using FAT and did the rest again, except this time, I couldn't install the firmware. When I pressed the "yes" button, two 1's came up and it froze.

I freaked out, retried everything about five times, until I gave up.


Now I'm waiting for my replacement G6 lite from gamersection.ca (one week to go).

Edit: One thing to note is that when the cart was plugged into the USB, I had to jiggle it around for the LED light to light up, after it went corrupt and after I formatted it. I think it might be a hardware thing. 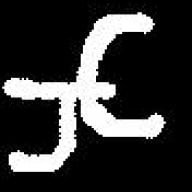 The disappearing nds thing happened to me once too. Also, i use a usb extension also, but i believe it was my fault for that stuff happening because i always removed the cartridge before unplugging the u-disk.
P

It shouldnt matter if you use usb directly to the computer, an usb exstention or a usb-hub, right?

Never remove or attach the G6Lite to the UDrive when it is connected to the USB. Never remove the UDrive if the blue LED is on - always "safely remove hardware" first. If you don't have a solid blue light when the UDrive/G6Lite is connected (unless of course it's flashing when communicating) then you do have a connection problem and it may get corrupted.

It shouldn't matter if it's connected through and extension or hub as long as it's a solid connection and getting consistent power.
O

I have been properly inserting/removing the cart from day one and after a little over a week of use, my g6 lite is starting to show some corruption. Games have just recently started to crash during load times. This was fixed after removing and insterting the cart again, though I always make sure it is tightly inserted. arghh
P

I dunno if this is true with the G6, but I know some USB hubs cause problems with some USB devices, especially unpowered hubs like those in keyboards or in the sides of monitors. Sometimes USB sockets on computers also go via an internal hub (especially USB sockets that slot into a drive bay). You're best off using a direct USB connection, or a good quality extension lead.
P

I can't belive the G6 is so sensitive with the USB connection and slightes misstake makes it go corrupt.. That sucks.
R

So what's the deal?

If my G6 gets corrupted, is there any warranty support from the company I purchased it from or G6 itself?

Do you guys know if G6 Lite utilizes the faster speed of USB 2.0 or would it be the same if I used it through a USB 1.1 port? Semi off-topic but I figured you guys would know. Thanks!

There has been a lot of reports of of G6 Lite going blank (ie corruption) on the chinese forum as well. And some even happened without removing it from the DS.

So does everyone here have a testing version?

QUOTE(evilreddot @ Aug 4 2006 said:
So does everyone here have a testing version?
Click to expand...

I doubt it, since the thread-maker said he got it from gamersection.
E

QUOTE(evilreddot @ Aug 4 2006 said:
K, so I have (or had) a G6 lite testing version, it had 4.1 firmware (not too sure on the version, but it was the latest firmware at the time) on it, and I got it from gamersection.ca.
Click to expand...

What about the English version...?
Will have chances to have this problem?
J

Wow, this may be the maker or breaker for me. I was THIS close to ordering a G6 Lite... now I may wait on the M3 Lite. Hmmm, it was looking sooo good too.

QUOTE(evilreddot @ Aug 4 2006 said:
I'm not sure beacause when I first bought it, I asked them if they were going to give me a testing version, and they said no. When it arrived, it was a testing version.
Click to expand...

Evilreddot: how do you know it was a testing version?

Were you able to flash and use the english firmware on it?

The testing version doesn't have the two holes on the back of the cart.

This seems scary...I was just about to order G6 Lite from gamersection, guess I'll wait a bit then.
O

I have the proper english version, as I said, only a week ago. The crashes still appear sometimes, and it seems to be aseating/connecting problem or something as I can always fixed it by removing the cart and re-inserting. Once I have it in, everything works fine unless I take it out to put more roms on it or something. After that, there is only a chance it might not work, but most of the time it is ok. Has happened about 3 times in total.

@ Psionic Roshambo: Why was Michael Jackson, kicked out of boy scouts? He was up to a pack a day!! 14 minutes ago
Chat 1