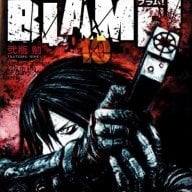 i want to know if you guys think the game is worth playing, or what you think about the game, and why you think that about it

Haven't tried it.. but I did enjoy My Frogger - Toy Trials for a while.

The game was ok from what I recall, nothing really that special. I played it once but my CF card at the time got corrupt so never played it again and forgot to get it again.

thanks, i wish i had a gameboy color

Stickell said:
thanks, i wish i had a gameboy color

Next best thing, emulation. Lameboy DS, DS_GBC & DS Boy v0.75 are the main ones, dunno which is the best.

Frogger Helmet Chaos is pretty solid. It's in 3D (the graphics are 3D models and look vibrant and colorful) and has voice acting (which is pretty bad). The gameplay is classic Frogger in that you move on a virtual grid and avoid obstacles. I'd say get it if you're a fan of Frogger. It's pretty fun. I give it a 7.5/10. It's a good time waster and a pretty good portable game.

It's got above-average reviews of 7/10 or more. IGN (IGNorance) rated it 6.8. There's a PSP version of the game which I assume is mostly the same, but has better graphics/sound/media. Apparently, the DS version has some good single-cart multiplayer stuff, but I haven't tried any of them.

BTW, the controls take some getting used to. Give the game a chance if it feels awkward. You'll get the hang of it in a few minutes.

thanks, yeah, the controls are pretty wierd, i have played the minigames and it has classic frogger which is a huge plus! i like the little IGNorance thing, that was funny

Yeah, I liked it. It stayed on my card for quite a while when I first got my CycloDS. The controls are kind of yesteryear, but they work for Frogger. I like that Konami was able to translate it into a sort of modern adventure / platform game. Lots of variety to the levels, some cool gameplay elements, and the graphics still hold up to some of better-looking DS games of today -- very nice.

thanx, i have not gotten anything but good reviews, thanks you!

@ kenenthk: You obviously never owned a HP display Veho A moment ago
Chat 5