As with the passing years and the advancing age it is more and more difficult for me to play my favorite gba games (FE series, surely) on DS' s small screen via slot2, unfortunately I have to resign myself to playing them on my DSi XL via emulator (hypervisor, as it is said).

Many of you will have noticed that Fire Emblem roms, used with GBARunner2, have a lot of flaws and hassles, namely audio crackling and several graphic glitches, making them, if not unplayable, very annoying.
This is due, as known, to the continuous autosaving function that these games particularly possess.

Well, for those interested, here are three .ips patches for the the aforementioned games that disable in-battle autosave making them more playable and enjoyable.

I have personally tested them, although briefly (first stage for each game), on GBARunner2/YSMenu/R4gold/DSi XL and they seem to work well, being able to save at the beginning of each chapter, in the preparation menu, and during gameplay via suspend function.

I have found very few sound or graphic problem so far (e.g. black line and screeching sound only during chapter start).
All in-battle/on-map issues should be solved. I wait for others to test them more thoroughly. Reactions and comments are encouraged and welcomed.

P.S. I take this opportunity to point out that FE6(j), with the new eng translation patch (Gringe, 2020) applied, does not work with GBARunner2 (black screen), while it works well with the old one (Dark Twilkitri, 2006).

As usual, sorry for my clumsy and broken english. 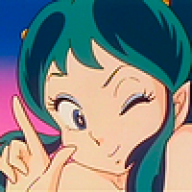 After testing the no-autosave patches on a DSi XL, I have some additional info that may help other users.

- All 8 hacks I've tested made it to the first map without issue
Last edited by LumInvader, Nov 3, 2021
Reactions: Nikokaro

Thanks for your contribution , but I had already talked about these things in various posts in the thread dedicated to GBARunner2 (on this page and following):
https://gbatemp.net/threads/gbarunner2.451970/page-164

However, you did well to repeat them here as well.
Reactions: LumInvader

Nikokaro said:
Thanks for your contribution , but I had already talked about these things in various posts in the thread dedicated to GBARunner2 (on this page and following):
https://gbatemp.net/threads/gbarunner2.451970/page-164

However, you did well to repeat them here as well.
Click to expand...

I'm glad you got the translation & hacks working. It's still important to update this thread since it's the one dedicated to your patches and not everyone has time to sift through all 170 pages in the other thread. Also, if someone searches for the word "Tsurugi," it's now much easier to discover that the most recent 'Fire Emblem VI (J)' translation works with your no-autosave patch.
Reactions: Nikokaro