Others First-party studios stand up to Sony over abortion rights 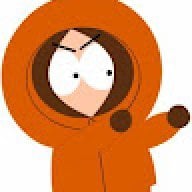 Now, The Washington Post has stated that it has seen internal emails from Insomniac Games — a first-party PlayStation Studio — reveals that the studio was not happy with Sony, and has sent out a 60-page dossier on the matter and is donating money to a charity.
Click to expand...

So apparently studios within Sony are starting to speak out against Sony's stance on abortion, what do you guys think of this?
Reactions: hippy dave and IncredulousP

First and foremost, The Washington Post notes that it has verified that Insomniac will be donating "$50,000 to the Women’s Reproductive Rights Assistance Project (WRRAP), according to an internal email sent May 13 from Insomniac CEO Ted Price." It seems that Sony will be matching this donation and employees at the studio can make a donation of their own if they choose, just so long as it goes through the PlayStation Cares programme.

From that same article.
Seems like they're on the same page?
Reactions: Tom Bombadildo

You'd think, but then you scroll down and

"Allegedly, there are no plans to tweet about the WRRAP donations from either Sony or Insomniac's side. The report specifically states that "Insomniac employees have been forbidden from explicitly mentioning Insomniac or Sony should they decide to retweet any announcements the WRRAP might make.""
and
"'[Sony Interactive Entertainment] will not approve ANY statements from any studio on the topic of reproductive rights. We fought hard for this and we did not win.'

In response, The Washington Post has stated an employee at the studio directly asked if the Sony acquisition of the Ratchet & Clank developer was 'now impacting our freedom of speech and our values.'

“As far as our freedom of speech goes, while we do have a LOT of autonomy that often gets taken for granted, there are times where we need to acknowledge we’re part of a larger organization,” Price reportedly said. 'For the most part, our ability to tweet has been unfettered. However, there are rare times when we’re in opposition (like this week) and SIE will have the final say.'"

It seems "developers stand up to Sony's lack of stance on abortion rights" would be more accurate.

@ Dark_Phoras: I already eat the smallest size when I eat 1 minute ago
Chat 3