6 year old me was at my cousins house and got sucked into the garage because he saw a crt and loved them curved crts and found a n64 and mario 64 and then sat there for a long time.
Reactions: Flame 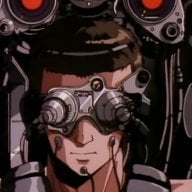 I think it was the Sega Saturn I bought 8 years ago, I modded it to hell and back but I didn't play it as much as I would have liked because of the wonky laser (I also bought the original steering wheel).

Don't get me wrong, I play since the 1990s and I started with a Commodore 64, but it wasn't retro back then, sure it was not cutting edge anymore but still current, games were still being made and you could buy them in computer stores.

The first videogame ever I think it was Out Run in a bar on a village in the middle of nowhere, it was an upright cabinet so they had to hold me up in order to be able to reach the steering wheel.
Reactions: SaulFabre
You must log in or register to reply here.

General Gaming May 13, 2022
Tarmfot
T
S
OLD Nintendo 3DS has an error while tryingto use wireless connections on DS mode