First game you will play?

Let's assume 100% compatibility for the purposes of this thread.

What is the first game you're going to load up?

I think I'm leaning towards either Quake 3 Arena or GTA Vice City.

Red Dead Redemption 2. I want to see how far I can max out the Steam Deck and still get something that my eyes seem, playable.

Based on their release dates and when I should be receiving my Steam Deck, probably Elden Ring or Marvel's Midnight Suns.
Last edited by Xzi, Sep 27, 2021 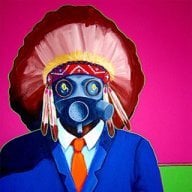 I think I'll finally get around to playing Wasteland 3, or Fallout New Vegas

Probably Blobby Volley 2 lol. Followed by MTG Arena und then Portal to get used to playing FPS games with the Steam Deck controls.
As for AAA titles ... I don't think I will waste the limited space with many of them but I bought Control in a sale recently and am curious to play it.
X

I think it will be fitting since this was the first Valve game I got into, my first Steam game purchase and ultimately the reason why I’m buying the Steam Deck.

Vice city's a good candidate, but I think I'll first replay Ori and the blind forest.

Others I'll definately try, but I want to see how controls work first: Dandara, tabletop simulator, scythe, my time at portia, anno 2070 (& 2150, but I've got that on epic's store).

Granted, I'm more than likely loading up emulators well before a PC game.

Ah, if we're including emulators then my standard choices are usually F-Zero (SNES) and Road Rash (Mega Drive).
Reactions: Memoir

I just realised there is also Chiaki if anyone wants to use it to play PS5 exclusives portably..

Probably Cross Code, Trails in the Sky or P4G that are collecting dust in my Steam account.

I haven't played on PC for a long time already (work leaves me unwanting to touch a PC really); so I will look into some other games to play later. Perhaps Outer Wilds. And sure some older games.

Hmm... perhaps there should be a forum here on "interesting PC games to try on the Steam Deck" both old and new, divided by genre. I would go in there to get some ideas. It would probably seem silly, you know all these PC games have been available for ever, but a nice reminder anyway for the forgetful ones. And talking about games that have been available for ever I will make sure Cave Story makes its way inside. I would also like to put some Forza Horizon on it, 4 would do, but TBH I like 2 the most... too sad it's not on PC... Perhaps I will put Dolphin on it and use to finally complete Geist, that I never did... but I think I am the only person that likes Geist... Well, enough random nonsense for this post.

I dunno. Probably Persona 5 Strikers, since it works far better with a controller than with keyboard+mouse - though, would I be able to use Cheat Engine on the Deck...?
LEGO Marvel Super Heroes, maybe. The Nonary Games, if it doesn't have resolution issues on this thing (for whatever reason, any graphical changes I make in the pre-launch Settings dialog don't stick; they always revert upon closing the dialog).
You must log in or register to reply here.