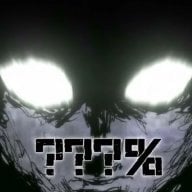 pointer codes and save editing are different, plus i dont remember what version of FE i wrote that for.....
S

I've been trying to find some program that would allow me to edit fixed_classdata.bin but I haven't been able to find anything. I don't know if I'm just stupid but could someone point me to a way to do that if possible?

I don't know if you can get it for free and use the templates, but I know that 010 editor can do it with the use of templates.

I'm trying a run with all 3 lords but I'm on chapter 2 and I can't use more than one lords because they all spawn in the same tile and are mandatory deploy. Is there a possibility solve this like by making the lords regular units to bypass that restriction ?
S

Is there a gay relationships patch that could be applied to the game?

Trying to edit Cindered Shadows unit data - like Byleth being a Swordmaster, Hilda being a Warrior, etc.

Not sure where to look; it doesn't seem to be in fixed_persondata.bin. 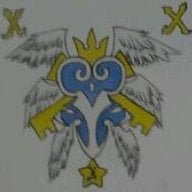 Anyone know how to change the characters' budding talents as well as change the stats, growths, and modifiers of the classes? Neither the Progenitor tool or the original PersonData editor seem to have these options available. 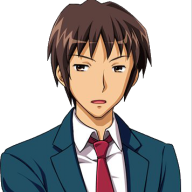 Thank you in advance
Last edited by christantoan, Nov 20, 2021 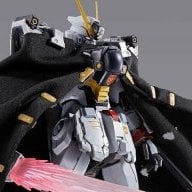 All credits to @Gamerjin for the codes, just changed the values to + 2

So I don't know if this is possible, if it is then the guide/instructions for it are hidden beyond the grasp of my google-fu. I'd like to know how to convert a cheat engine code, that alters only a *single bit*, into a... well, it just occured to me I don't even know what I'm about well enough to know what this format is called; certainly not AR/CB/GS anymore. What I want to do is turn a cheat engine code, that effects a single binary value, into a proper switch code.

Full explanation of my goal and my efforts so far ahead, but it really just details out my failure to figure it out myself and what I'm working with in case someone can fill in the missing step(s?).

There's a cheat engine table for this game, and a code on it that actually sets the Boolean for the greenhouse being 'busy' to false/true. If you freeze it to No, you can plant seeds, cultivate, exit out then re-enter chat and immediately harvest. This presents an interesting way to turn the stat grind into a *money* grind, making money actually useful, which I'd like to try. Considering a run that actually reduces exp gain to 0 and forces me to use money instead for all stat growth, with exp being purely for unlocking classes and abilities.

But cheat engine is very resource heavy, and my computer can't really run yuzu well enough to have cheat engine going simultaneously for long without locking up.

For the sake of having them readily available to anyone reading this, here's the codes in switch-format

But while both codes effect a 4 byte value for money/renown, which I more or less understand (4bytes = 8 digits long in hex for the actual value, that "00989697F" part, or four pairings of digits, the cheat engine ones are *binary* values, that seem to actually just combine their changes into one single byte area, an image of what it's got going in cheat engine below.

I have no idea how to interpret that "Binary:3->3" or any of the others, and when i browse the memory region to actually just *watch* what's happening when i change them....

Set just greenhouse to Yes, the byte becomes 3B.

Set dining hall to Yes as well, the byte becomes 7B.

Set choir to Yes as well, the byte becomes FB.

Greenhouse + Choir to Yes and its BB.

No changes to nearby memory beyond that one byte. If I could freeze the second digit to B it seems that would accomplish what I want here, but since all the codes I see here with in *bytes* I can't even hazard a guess at copying the formatting of another code (probably the divine pulse one, since it works with much smaller values, but it still seems to have space in it to effect a 4byte region and i don't know how to work with that?) and figuring it out via trial-by-error.

I'd also be happy with just learning how to effect that one byte and freeze it to 33. That hypothetically should just let you use the dining hall/choir/greenhouse as much as your activity points allow without restraint, which would be a less granular but cool code in its own right.

Edit: Managed to create a code using the format from the divine pulse one and offsetting using the CE addresses... it uh, 'worked'? Unfortunately it works so fast that you can't cultivate, you plant and its instantly done, harvest is your only selectable option. I'll be back once I do some more guesswork/code poaching/testing... would love an explanation of the different code types for this format, i guess 'edizon' format? Feel like this would be way easier if I owned a switch and could use the purpose-built memory editor there and it's create cheat function. C'est la vi.

Edit2: SUCCESS PROBABLY MAYBE it seems to work without breaking other things so far at least!

Okay, now, hypothetically that should be safe to use whenever you want. You do have to exit out of the gardening menu and re-enter to harvest though. But with that code active, you can plant your seeds, cultivate 'em on up, push ZL and instantly go in and harvest again. Also enables cooking another food buff (extremely abusable, uh... your call if you abuse it) and doing the choir singing thing again, both of which cost activity points as usual. I have no idea how to make it do just one of those things, and I have *super* no idea if that was the best way to write that code because I shamelessly stole lines of code from @Gamerjin and shoved the address I got from finding the offset via the cheat table by karlos_007 over on the fearless cheat engine forums. I continue to have only the barest idea of what I'm doing but it works and I am pleased. Let me know if it breaks anything for you at some point and uh... well to be honest since I barely understand how it works there probably won't be much I can do about it but I can at least put a note on it and remove the code.

If anyone knows a guide to explain things I'd appreciate a link very much. Things such as: why does bracketing the code in that first and third line work for activating ZL; how do i change the buttons. What do I even friggin' google to figure this out I can't seem to find a name for the code format to google. What does the first part of the actual code (010A0000) actually do/mean. I assume it's something like "Write to" but old AR codes only used a single digit to demarcate that so its probably doing something more complicated? I have hurt myself in my confusion.
Last edited by Valatros, Nov 24, 2021

Anyone know how to determine if a class will have halved magic or regular magic? Totally new at hex editing and I've been looking at 010 Hex Editor and the templates for that.
Last edited by Blue Sun, Dec 6, 2021 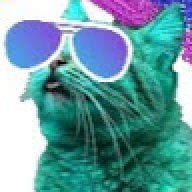 Hello, first time poster here but I'm trying to figure out how to implement paired endings for custom supports. I've already figured out how to add A-supports and edit the event bins to create them, but the data for having the paired endings fire correctly eludes me. If anyone could point me in the right direction, or has any guesses, that would be amazing 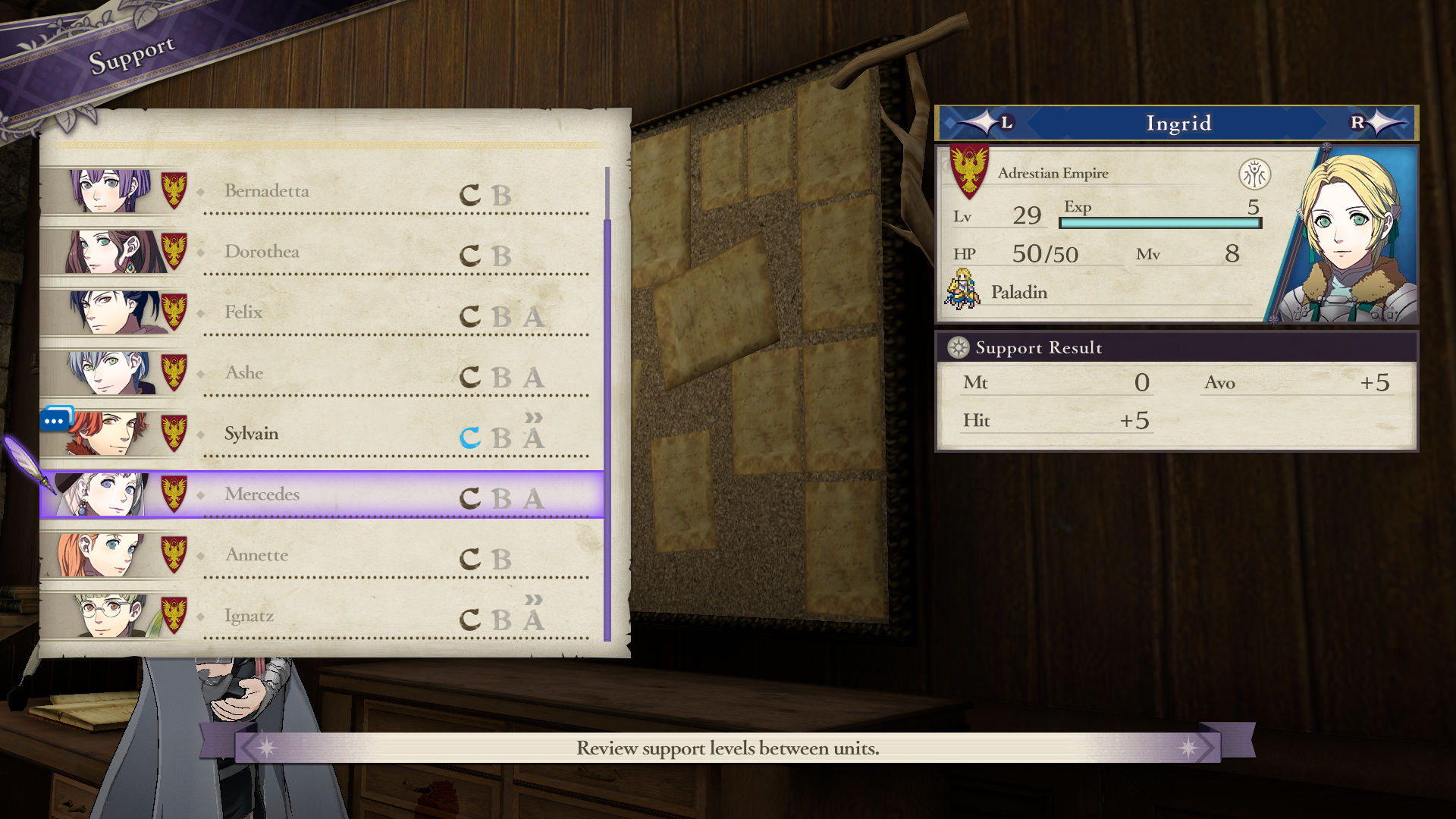 Oh no the A-support triggers fine and reflects it in gameplay. The problem is when you hit the ending, it doesn't trigger a paired ending even though A is reached. So I need to find where the game stores that information since it's not in the same bin
G

New guy here. I made a basic FETH Class Editor. Let me know what you guys think.

gh0stslayr said:
New guy here. I made a basic FETH Class Editor. Let me know what you guys think.
Click to expand...

This is great! Love any new contribution to the FETH hacking community.

Works wonderfully, aside from any classes who use Brawling/Heavy Armor naturally, as well as unique classes. Lord seems to be editable. Might be some pointer errors in there..
G

Hey eraquus. Thanks for that. Those bugs will be fixed in the next version. I am also in the midst of having a level spawn editor so look out for the new version shortly!
Reactions: eraquus 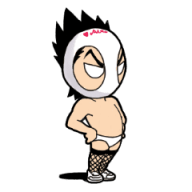 Happy holidays folks. Here's the updated version of the class editor which now includes a level spawn editor. Let me know how it goes!

Nintendo Switch Dec 16, 2021
Maglata
M
F
Homebrew How to hack Fire emblem three houses so I can Play as Rhea

@ Julie_Pilgrim: on a much lighter note, me and my friends have been working on songs together the songs suck... 42 minutes ago
Chat 0