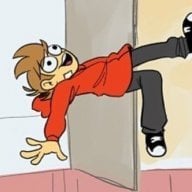 I've seen a hack for poly relationships on Fates, but I'm asking if someone could make one of Awakening using the gay awakening hack as a base? I'm a total noob, so I apologize if this seems like begging or whining! It would just be super cool.
A

Not what you're looking for, but when I opened an existing save file with the Gay Awakening hack it automatically married a bunch of couples, including some that were already married to other characters. My Robin married Tiki, and she auto-married Say'ri as well. I opened the same file in Citra, without the full Gay Awakening hack (but with the same relationships possible), and the auto-marriages disappeared. I don't think it's recreatable, unfortunately. 'One marriage partner per character' might be more hard-coded into Awakening than Fates.

Help with figuring out Paragon for Fire Emblem