DrDungus said:
Hey, so I’m having the same issue as UnwantedFortune, I install the custom characters, then I reinstall the dlc and the game says “dlc not found, can we delete your characters kthx”. I have a .cia file of the special edition with all dlc, but when I installed it, all it did was delete my save files. (I had them backed up with JK’s Save Editor so no big deal) But it didn’t reinstall the dlc. I still had the DeathChaos25 custom characters dlc installed; not the actual game’s dlc. I tried deleting the extra data, thinking that I could reinstall the game again and this time it would install the dlc, but I started up the game and it gave me the same warning and deleted my characters again. I could not find any .cia files of just the dlc, but I don’t think it matters because I don’t think it will change anything.

Am I just SOL if I want to have human Lilith AND the dlc installed? Is there any way to prevent the game from doing this check when it starts up?
Click to expand...

How are you reinstalling the dlc? 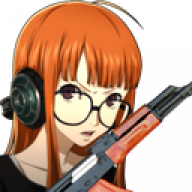 Could anyone help me install this? i tried just downloading the .CIA but my game keeps crashing. Someone has probably already asked this. 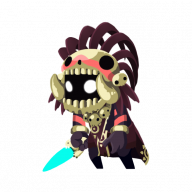 Youre DLC completely and irreparably fucked my game. EVen after I uninstalled it and reinstalled my actual dlc it deleted, I now CANNOT access my dlc AND When I get to valla maps, it renders a blank castle area for unit attacks. What the actual FUCK

Ghostlander said:
Youre DLC completely and irreparably fucked my game. EVen after I uninstalled it and reinstalled my actual dlc it deleted, I now CANNOT access my dlc AND When I get to valla maps, it renders a blank castle area for unit attacks. What the actual FUCK
Click to expand...

No one else has reported this issue, so it probably isn't my files. I know exactly what is bundled in those files and there are none included that touch the background combat scenes. Walk me through the process you did to install it so I can help you fix it. Also try deleting your extra data.

I know I'm super late to the party but, are Chrom, Lissa, and Frederick supposed to be speaking in Japanese? Also, Chrom's a black hooded figure, but, it's fine since I can reclass him into a Lodestar and he looks alright as one.

What exactly do you intend to do with that info? It'll depend on if you want to change something mid battle or somewhere else.
N

Omegablu said:
What exactly do you intend to do with that info? It'll depend on if you want to change something mid battle or somewhere else.
Click to expand...

Well, your mod is great but my biggest problem is that I can't use that and the official dlc. I honestly want to be able to import them via FEFTwiddler

Neo205 said:
Well, your mod is great but my biggest problem is that I can't use that and the official dlc. I honestly want to be able to import them via FEFTwiddler
Click to expand...

You can use both. All it requires is deleting the official dlc, then installing this dlc and obtaining the characters. After you get the characters you can just reinstall the official dlc. As long as you don't wipe your extra data you'll be fine. Also, in case you experiment on your own, changing character alignments in the rom can only recruit a character for the chapter. For some reason, the devs for Fates decided that enemy units are recreated each chapter from scratch in files that are only loaded while in the corresponding chapter. So the enemy Xander you fight in chapter 1ish is completely different internally than the Xander you play with, and any other enemy Xanders in other chapters. This dlc essentially recreates each character involved as a different "unit" that reuses the assets for the original characters.
Reactions: neko26
L

umm can this dlc instaled on citra? somehow it not showing in dragon gate can somebody help on citra? 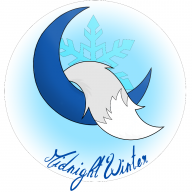 Hi, I was wondering if the custom units from Fates have their own stat cap/growth modifiers, since I like to have a completionist file where I make all my units the class I feel best shows their stats.
Last edited by Karihue, Oct 5, 2019
T

Ik it's pretty late but... Could someone help an ignorant like me? I installed everything, except I couldn't open the github link, so maybe i lost something... How do i install these dlcs? I can't seem to find any cia files
Last edited by Gimure, May 16, 2020
U

hi im having the same problem as others it seems, the problem is chrom having a black robe after instaling back the original dlcs 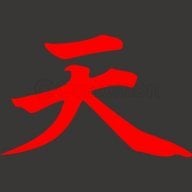 does anyone have a mirror for the updated extdata? the link is dead
R

I highly doubt stuff in this thread gets updated anymore with it being more than 4 years old, but I had these map sprites commissioned by GenericHero's for very fair fees.

Can anyone show me how to install this custom on citra pls?
I've tried many times
M

whitewolf8 said:
juuuust going to quote a reply I made on youtube because lazy.
"From the Citra folder-- user>sdmc>Nintendo 3DS> (Two sets of a whole bunch of 00's) >extdata>00000000>00001794>user And you just copy the custom DLC things into that folder, although you also need FEFTwiddler in order to import the characters in, as well."
Click to expand...

what does the custom DLC things mean? The .cia file or something
P

Does anyone tried this on citra if it works?