Farming.Simulator.PAL.XBOX360-COMPLEX
Seems to be region locked PAL, not sure about the possibility of other region releases.

If you are familiar at all then most of you are probably familiar with the ? Simulator type games from the memes they tend to spawn where the rather sedate nature play is made into a video and given a title along the lines of "FARMING-SIMULATOR 2011: NO SCOPE 1337 NO RADAR [MLG] 25 KILLz xxxH4RDK0R3xxx" with all the attendant mods associated with videos that usually sport such a name.
Much like the shakeweight people the original devs seem to be laughing all the way to the bank and such franchises have actually gained quite a following and seemingly decided to attempt a console release.
Though they lack the graphical polish of the latest and greatest EA title they largely do what they set out to do and allow the player to manage a modern farm. What this does or does not do for you or your sensibilities we leave to you to decide. On the one hand it strikes us as a variation on the discovery channel thing of watching other people working a job, but on the other hand it is a game so at least you are doing something and if we have to accept football team management as a game then were are certainly prepared to accept this.

More importantly though is co-optimus reckons it has 10 player online and 10 player LAN play options.

Amazon words, we are not starting to wonder if the meme stuff was satire

THE #1 FARMING SIMULATION GAME ARRIVES ON CONSOLES FOR THE VERY FIRST TIME!

A genuine simulation gaming phenomenon, Farming Simulatorhas surprised the world once again by becoming, with the 2013 edition, a worldwide best-seller with over 400,000 copies sold at launch! Today, the #1 Farming Simulation game is arriving on Playstation3 and Xbox360 for the very first time!

Farming Simulator keeps all the core ingredients that make the staple of virtual farming, while incorporating many new machines, vehicles, crops, animals and environments. Farming Simulator features equipment from the top 20 vehicle manufacturers, including dozens of new machines. Players will operate machines from major brands such as Case IH, Lamborghini and more, as well as some special, gigantic Grimme vehicles dedicated to harvesting potatoes and sugar beets!

Farming Simulator on consoles packs exclusive content, including a brand new North American environment, which has been much requested by the community. It also comes with a slew of new tools and vehicles like the Case Magnum 340, extending the farming experience to the max!

A huge selection of real-world farming vehicles: 20 major brands, and over 100 tools and vehicles

A complete career mode, including business management, as well as new animals like chickens and sheep

Video. It is not due out for a few days but there are hours of let's play footage for the PC version. Though it is technically based of the game before it we will share the meme type video instead 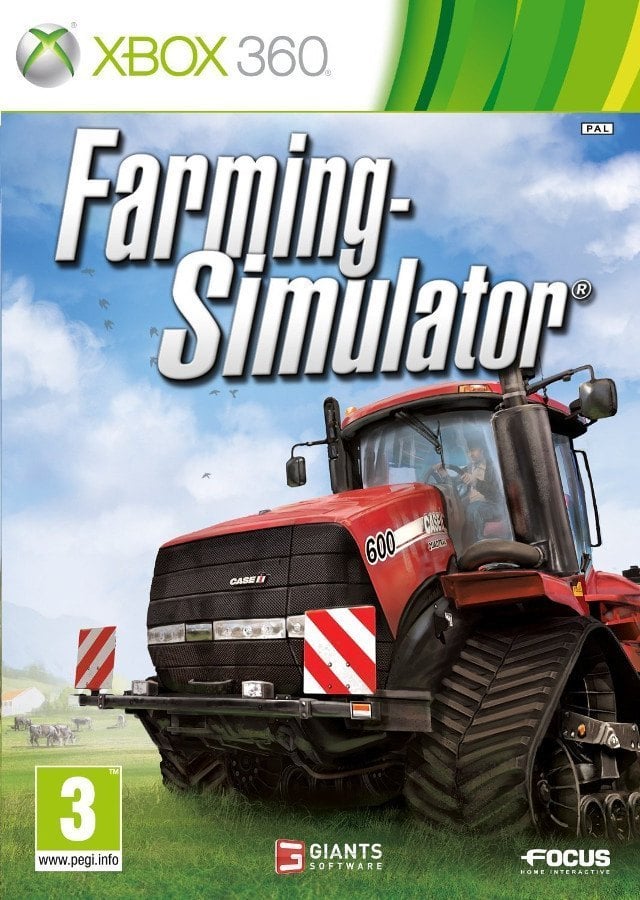 PlayStation Plus games for May announced

@ Costello: this must have taken you like 5 minutes to do ^ 4 minutes ago
Chat 1