This is sort of minor, but from I have seen in videos, loading games through the EZ Flash menu does not lead to the GBA BIOS intro being shown. Is there some sort of setting which enables this so that it's always shown and not just before the EZ Flash menu appears? Call me crazy, but as someone who used VBA and didn't get to own a GBA while growing up, it's kind of nice seeing this before a game is loaded. Adds to the authentic feel. 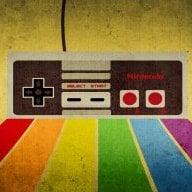 Hold L button as you select the game.
Reactions: El_Syd

@ SG854: For $30 bucks I would expect top tier quality emulation not this crappy version we got A moment ago
Chat 3