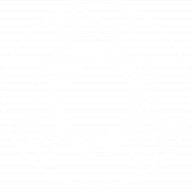 I recieved my EZ-Flash Jr today and im already having some issues. I noticed that after booting a rom of German Pokemon Silver and shutting the Gameboy down after a save, the EZ Flash will take a long time to boot. After it is booting it promptly stays stuck on "LOADING...". Tried pulling it out, blowing in the cart, rubbing alcohol, so far the only thing that i can do is back everything up and plug the sd cart back in the pc and reformat it. I have 2 Gameboy Pockets, and both consoles have the same issue with the card.

Making this thread so this may be fixed in an upcoming Firmware Update, or if you people already know a solution.

My Game Boy Pocket (at least one of them) (unmodified) also does not deliver enough power when the cart needs to save, if you dial the contrast to almost 0 it could proceed saving (at least on mine).

Seems to be fixed in the next firmware, but that one got pulled back, and still needs to be released one day.. See here for more information: https://gbatemp.net/threads/ez-flas...-but-work-in-my-gameboy-advance.559763/page-2
Reactions: Ouroboros-Lestland

Gotcha, so the issue is basically the batteries running dry?
Just replaced them in the morning, this beast seems to draw alot.

EDIT: I just replaced the batteries. All is well again.
Last edited by Ouroboros-Lestland, May 3, 2021
Reactions: EZ-Flash2

C
Emulation I am having a problem with the EZ Flash Jr with the DMG GameBoy.