Gaming Everything we know about the Luigi's Mansion remake for Nintendo 3DS (Controls, Amiibo, & More!) 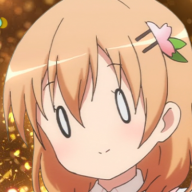 What is this?
In this post, I will be detailing a lot of information about the Luigi's Mansion 3DS remake including controls and what amiibos are supported. Everything I mention in this post is in the official manual for the game or was confirmed through other sources (I will give the source when this is the case). That being said, there may be spoilers here. If you want to figure this stuff out yourself, disregard this post and move along.

Controls
One of the most controversial things about this remake is the controls. As you know the GameCube controller has analogue triggers and a C-Stick, something the o3DS does not have under normal circumstances. To remedy this, Nintendo/Grezzo has given us an alternative way to control Luigi. First, I am sure you will be happy to know that you can use the C-stick on the n3DS or a Circle Pad Pro on the o3DS to control the game just like the GameCube classic as implied by the Manual (exception being the Nintendo 2DS which is incompatible with the accessory). This is probably going to be the best way to experience the game. However, for the o3DS owners who do not have a Circle Pad Pro or cannot get one, you can also use the D-Pad which is an odd choice in my opinion. You can also hold (B) while moving to move in a fixed direction how ever I am unsure how practical this will be. Something else the GameCube had that the 3DS doesn't have is obviously analogue triggers. In the GameCube version, you could shoot an elemental blast by pushing the L button all the way down. You can still shoot an elemental blast in the 3DS remake but it is executed slightly differently. You will need to press (A) or (ZR) while dispelling an element to shoot an elemental blast. I personally think this change is for the better, but we will have to wait and see to be sure.

Options
There are several options that can change how the game controls as well. Some of these are returning from the GameCube version while others are brand new and only available in the 3DS version. The options are the following:

1. Move Mode This option is one returning from the GameCube classic. You have two options, Standard or Sidestep. For those who didn't play the original on the GameCube, standard matches the direction Luigi is facing with the direction he is facing. If you go left, Luigi will face left as well. Sidestep locks Luigi in a direction that can be controlled manually by the player. So if you go left, Luigi will stay facing the direction he was facing before you went left. I am assuming this will change the function of the (B) button while you are moving as well. For instance, holding the (B) button while moving in sidestep will allow Luigi to move as if the Move Mode was Standard and vise versa.
2. Flashlight Setting This is a new option exclusive to the 3DS remake. You once again have two options, those being Original and Strobulb. Original will allow you to play the remake just like the original. You stun ghosts with the flashlight and can turn the flashlight on and off by pressing the (A) button. Strobulb will allow you to play the game a lot like how Luigi's Mansion: Dark Moon was played. Rather than stunning the ghosts with the flashlight, you have to press (A) to flash the ghost with a blinding light, then begin to vacuum them. You can also hold (A) to charge the strobulb to get a wider wider flash just like in Dark Moon.
3. Motion Control Sensitivity Another new option exclusive to the 3DS remake. You can adjust the sensitivity if you feel it is too sensitive or not sensitive enough and hopefully turn motion controls off entirely.
4. Adjust Brightness Once again, returning from the GameCube, you have the option to adjust the brightness of the game just in case the game is a little too bright for you. You will have to follow the on screen instructions.
5. C-Stick/Right Circle Pad (CPP) Another new option that was absent in the original. This will allow to change the settings for Up/Down control according to the manual. I assume this means you will be able to toggle between standard and inverted as the manual states you can use the C-Stick/Right Circle Pad (CPP) for horizontal movement as well in the "Actions and Controls" section.
6. Up/Down Sensitivity Once again, a new option in the remake. I assume this allows you to adjust the Up/Down sensitivity of the C-stick/Right Circle Pad (CPP) but no clear description is given in the manual.
7. Circle Pad Pro Here you can activate/deactivate the Circle Pad Pro.
8. Circle Pad Pro Adjustment Here you can calibrate the controls of the Circle Pad Pro.​
Amiibo
There are four compatible Amiibo usable in the remake. Just as a reminder, a NFC reader is required to use amiibo on an o3DS. Amiibo must be activated in Professor E. Gadd's lab according the manual (At least it was in the Things to do in the Lab section of the manual). Here are the compatible Amiibo as well as what they do:

* Luigi You get a chance to revive if you run out of health. The Boo Radar will also gain the ability to detect Speedy Spirits as well.
* Mario Poison mushrooms will be replaced with Super Mushrooms which restore health.
* Toad Toad gains the ability to restore Luigi's HP when you talk to him.
* Boo I'm not sure about this one. I'm assuming it will show locations of Boos you have yet to catch on your map.​
The effects Amiibo have will be reset once you end your playing session (e.g. Quitting the main menu, returning to the title screen from the lab, or when the system is powered off).

Notable Changes
1. The Gameboy Horror camera (accessed by pressing the (Y) button) now has motion controls. Whether this is a good or bad thing is up to you.

2. The Gameboy Horror will always be displayed on the bottom screen. It will function just like it did in the GameCube classic but this time around, it will always be accessible during gameplay. According to section 9 in the Manual you will still be able to see portrait ghost descriptions and now you can apparently see item descriptions as well

3. A new local multiplayer only co-op mode is added to the game where a friend can play as Gooigi, a even greener version of Luigi.

4. The Luigi's Mansion remake now has achievements for you completionists out there.

5. Selecting the Strobulb Flashlight Setting does not make ghosts invulnerable to your normal flashlight like they were in Dark Moon.

7. The game is now officially playable in 3D.

That's all the information I know about the Luigi's Mansion remake on the 3DS. If there is anything else you would like to know in terms of how the game controls, ect. Let me know and I will try to answer to the best of my ability. Once again, my source is the manual that is packaged with the game unless specified otherwise. If you think I am missing anything important let me know as well.
Reactions: plug313, HaloEffect17 and F3NR1S