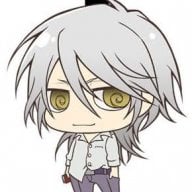 Hello, I'm gonna talk about the lost Hatsune Miku Project Diva Demo in this thread (not extend or 2nd, the first game). It was claimed that it was leaked back in 2008, but it's currently lost.


Everything started with this page, there were some RUMORS that the official demo was leaked in Japan. Sadly, it was claimed that Sega took down the links so there's no way to download it. You can see some in-game screenshots in the page.

Then in November 6 2014, a user called "St0n3" asked a forum that if somebody had the demo. A user named "sp193" claimed that they're gonna take a look on it, and the name of the original file could be "【PSP】(UMDISO)初音ミク -Project DIVA-（仮称）.iso", which is roughly 150 MB in size according to pages. The same user also claimed that it appeared as "hm_pd_003.iso" in a torrent website, but wasn't too sure if it's the same file as the original demo.

After a while, in December 5 2014, "St0n3" replied sp193 that they've took a look on the "hm_pd_003.iso", and realized that the only file in the .iso file is the LOGO.PMF and there are also other folders in the file, but they're appeared to be blank folders.

6 years later, in June 6 2021, a channel called "Akira San" on Youtube posted a video which had the footage of the ICON.PMF on the "hm_pd_003.iso" and some information about the video in the description. They've said that the software might be fake since the text on the last sections of the video translates as "This software is fake". They've told that they got the file from a guy named "Bob the Builder" on Discord.

Now, I'll talk about my own research the next section.

Not only that, the Game ID of the file is "ULJM05309" which is the same Game ID as Japanese version of Phantasy Star Portable, and the file has the exact same EBOOT.BIN as the GTA Liberty Stories aswell.

It was created to trick people that it's the playable demo. You can also tell that by taking a look at the file size. The file size is almost the same (146 MB) as the original playable demo (150 MB).

IMO, currently nobody has the playable demo EXCEPT Sega. So this means that the demo is lost forever, unless if somebody that has the file share it.

Yep, that's it for this thread. Sorry if I have some grammar mistakes. I'll edit this thread when I get more information/any news/updates.

Please let me know if you have any questions!