Gaming EVERY person that has touched my ds...

...and tried brain age or big brain academy has absolutely loved them,and not just the gamers I am also seriously talking about some of the most nongaming/nonenglish speaking peoples you'd ever meet.
Big ups to nintendo for making these awesome games that ANYONE can get into 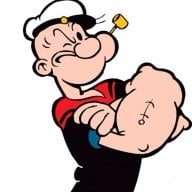 Yes, that was the whole idea behind the "Touch Generations" campaign. It seems that it is working.

Hope the same goes for the Wii.
M

QUOTE(5uck3rpunch @ Oct 23 2006 said:
Yes, that was the whole idea behind the "Touch Generations" campaign.Â It seems that it is working.
Click to expand...

Yes it is.I know of 2 people that have bought ds's(one being my brother),that would never have done so otherwise, cause they tried out these games on my ds.

Same for my brother & sister in law. I also got my wife playing. She only plays Brain Age, Big Brain Academy or Zoo Keeper. She needs to learn that there are TONS more games that are fun out now.
E

did you say non-english speaking people?

Hope the same goes for the Wii.
Click to expand...

A Brain Academy game was announced for Wii

I used to know someone who lived in Staines.

well, I don't like games telling me how stupid I am :-)

Hope the same goes for the Wii.


A Brain Academy game was announced for Wii

But I mean: I hope the same reaction and success goes for the Wii

Same here. I bought two DSLites on launch day because I simply couldn't decide which color to pick. Then after some weeks my girlfriend saw the 'Brain Training' ad on TV and really urged me to bring along my DS because she wanted to give it a shot.
Now she has got my white DSLite along with my copy of 'Brain Training' for over two month and loves it, she didn't like 'Big Brain Academy' that much though.

A good example for the ease of controls, which gets non gamers to play those titles, is that I just mentioned the controls of 'Gun Showdown' while I was playing and she rolled her eyes and said: 'Wow, that's pretty complicated, I like the stylus input a lot more!'
M

after i got down to 20 i quit playing, i hope brain age 2 has more replayability (even though the first sortof redefined replayability, purposefully making a game with no real finish/no way to beat it)
T

Yeah I know, after buying it, my Sister and Brother are the ones using it.