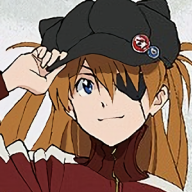 This is my first post on this site so please let me know if I'm doing anything wrong!
Skip to the part "the reason why I'm asking for programming help" if you're just here for that.

A month or two ago I started work on an English patch for Evangelion Battle Orchestra Portable. I have a lot of the text already re-inserted and functioning fine in game (pictures attached) and at the moment I'm just using PPSSPP's in-built texture replacement thing to work with the in game graphics I can't edit without removing them from the game, which I frankly don't know how to do... I don't think it's THAT big of an issue, but if anyone knows anything about ripping graphics like that I'd love if you could help me out, I can't even tell where they're stored!

As you can see, there's a bit of an overflow on the text sometimes because the font only allows for full-width alphanumeric. This isn't a HUGE issue always but it would be nice to work out how to edit that as well.

What is actually high priority for me, and the reason why I'm asking for programming help is that I have no idea where the text on the menus are stored. Well, kind of. Some of it is stored in the EBOOT and it's editable but the full-width alphanumeric thing makes it very difficult to work with, but it IS editable and I'm sure I can work around it. The rest of it is kind of a mystery.
I THOUGHT it was stored in these param hpd files, which are fully editable and I've located all of the text I'm looking for within them, but when I re-insert them back into the game literally nothing happens. I've reinstalled PPSSPP because I know sometimes it doesn't update changes to ISOs, I've made several new ISOs, tried it with and without applying the Filelist, nothing works. I really don't know what I'm doing wrong or where the hell else the text would be stored? It looks like the rest of the game is audio and models/textures, not the text I need. And I also have no idea why it would be in the game twice? I'm guessing either I'm doing something completely wrong or the text is just hidden elsewhere and this is for reference purposes or something? 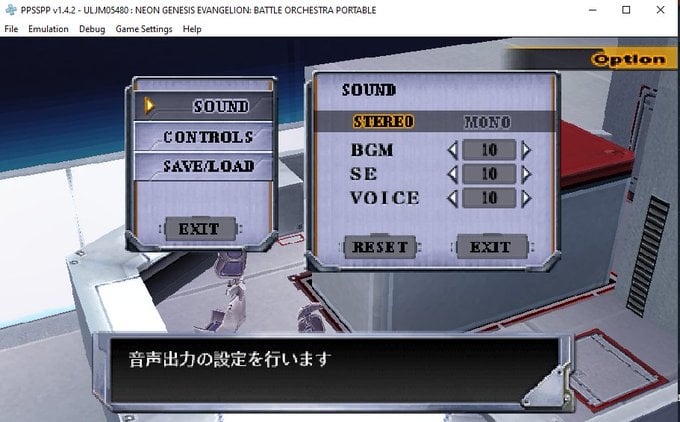 The "menu text" I'm talking about here is the stuff in the box on the image above, but also these descriptions that show up on every menu page (see below) and the Shop menu text, as well as some descriptions that I'm pretty sure belong to the Mission menu. 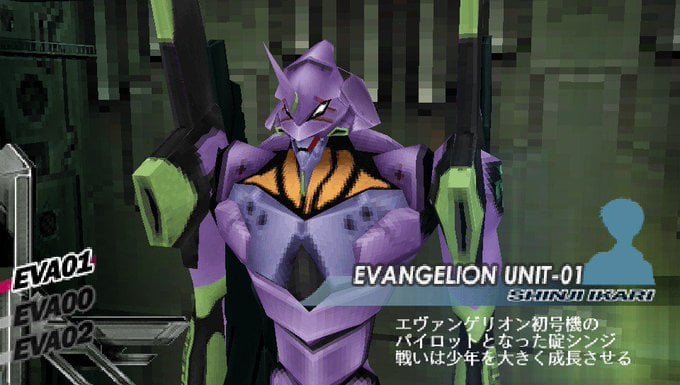 Here: i (dot) imgur (dot) com (slash) AZOBvBH (dot) png (sorry, new member restrictions) is a screenshot of one of these param files I'm talking about without my editing done. This one is called strparam (String Parameters, probably) and it contains all of this menu text I need. The selected part is from above.
It's really weird, the text for the story mode and the mission mode is just out in the open in txt files, so I figured it wouldn't be that difficult to find the text in the rest of the game, but apparently it is? As I said before, I can't tell if I'm reinserting it wrong somehow or the actual text really is hidden somewhere else...
If anyone with some programming knowledge owns this game and could take a look at it for me, I'd really appreciate it. This is my second English patch this year and the first one I did in 3 months so perhaps I had a little too much hubris when I started this one lmao
Last edited by scenikeight, Nov 19, 2019
Reactions: zfreeman, txszu, TigerTiger and 6 others 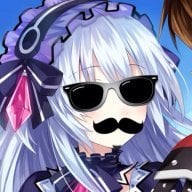 Thanks!!! I'll go talk to them and see what comes of it 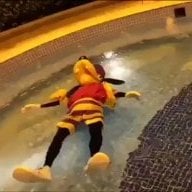 hey this is really late but how's the progress ?
K

angstyshinji said:
hey this is really late but how's the progress ?
Click to expand...

I'm so sorry to both of you, I wasn't notified of any responses to this thread. Unfortunately no progress has been made past where I was when I made the post (some more translations were inserted, but I still have the same issues). I can put up what I've done for download if anyone is willing to take a look at it? But it's nowhere near ready to be released.
Reactions: Malckyor 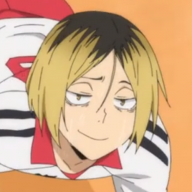 Nintendo DS Wednesday at 9:07 AM
Traceytrace