Foxi4 said:
Not sure if I can get behind that, to be honest. The game’s fun (although the story is a little on the nose), but so far I haven’t seen it do anything that specifically makes it shine on the PS5. Big missed opportunity as far as DualSense features are concerned, it plays about the same on every platform.
Click to expand...

Fair point, but it's still one of the best games on the system in my opinion.

subcon959 said:
Fair point, but it's still one of the best games on the system in my opinion.
Click to expand...

Oh, for sure - it’s a nice, big JRPG. Enjoying it so far myself.

(I'm not posting anymore until the OP is updated)
Click to expand...

Boom, all up to date.
Reactions: subcon959

Ericzander said:
Boom, all up to date.
Click to expand...

+1 Astro. doesn't matter if included. still needs exposure so people actually play it (and we get a full game)
I've had more fun with astro than most other games in the past 5 years.

+1 Fenyx Rising because of the smooth 60fps 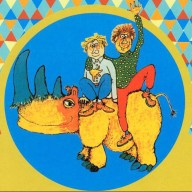 +Resident Evil: Village
Most fun i've had with RE in quite a while, plus Hesienberg is a thing and i love that dude so much that i wish
Ethan coulda worked with him
It also takes great advantage of the Dualsense with the trigger, which is immersive to an extent and i enjoyed it.

+Final Fantasy 7 Remake+Intergrade
Kinda Surprised i haven't seen this one mentioned, i guess the fact it doesn't do anything too special with the controller is a factor but anyways...
It's a great game imo, and i really enjoy the deviations being done with the story with the Whispers,
Homeboy Zack
and even the minor alterations. Soundtrack is amazing and makes me feel the same level of emotion that the OG did back in the day, and the gameplay does a good job of blending the old with the new, kinda reminded me of xenoblade if you could constantly swap between characters mid-fight.
(which i guess kinda fits oddly enough as well, Xenoblade is an extension of Xenosaga which is an extension of Xenogears which well, was gonna be the og ff7)
Anyways i have a gut feeling some people will contest about this one but go ahead, a good debate's always nice now and then!
Reactions: schatzi24

+1 Guardians of the Galaxy
+1 Scarlet Nexus