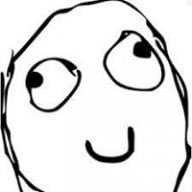 I tried to update my emunand from 10.3 to 10.4, since it seemed safe, but RxTools just hung at a black screen after the update. After trying to re install rxtools, I just decided to format my emunand. Formatting emunand got me back into it, but only gba games were there (which were installed both on emunand and sysnand.)

I restored my 3ds sysnand with a backup I made, which I thought would do something (I have no emunand backup). RxTools and Emunand work fine now, I also managed to update it to 10.4. My games arent here though. I luckily backed up the contents of my sd card, and even when I restore my sd card with these files, my games still arent showing up. My sdcard shows the games are there, but going to settings>software shows no 3ds titles, as well as my nes virtual console games which were also deleted.

Am I screwed or can I still get my games back along with the data.
T

So... You formatted emunand, and you're confused as to why your emunand was wiped?

If you choose to format emunand (With Emunand9, GW launcher, etc.), it wipes your SD card and makes an exact copy of your current sysnand. If you dont have a backup of your emunand (Or the original sysnand that it was made from), you can't get your games back.

I have a backup of my sd card containing all of my data, so wouldn't I just be able to overwrite the current data on my sd card with my backup?+
T

inhenccee said:
I have a backup of my sd card containing all of my data, so wouldn't I just be able to overwrite the current data on my sd card with my backup?+
Click to expand...

You mean you backed up all of the files on your SD card? That's not how it works. The content on your SD card (In the /Nintendo 3DS Folder) is encrypted, and only the nand that created it can use those files.
Last edited by Townsperson, Jan 21, 2016 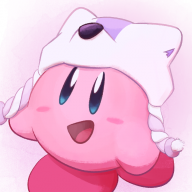 inhenccee said:
I have a backup of my sd card containing all of my data, so wouldn't I just be able to overwrite the current data on my sd card with my backup?+
Click to expand...

You can't. If you look at the Nintendo 3DS folder in your backup and the same folder in your 3DS, you can see the folders that have random numbers and letters are different from each other. That's what happens when you format your emuNAND (or sysNAND). In order to restore it, you should have backed up your emuNAND with Emunand9 before formatting, back up your files, format emuNAND, and then later inject the NAND back in. Then your files should appear on your 3DS when putting the files back in your SD card.

i found an old emunand backup I made. So I ended up getting like half my games, which is still good