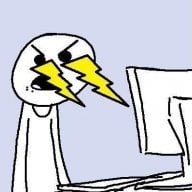 OK, so maybe someone can explain to me what's the point of having ecfw ps1 games if you cannot set the set analog up for games that absolutely require it. It seems beyond strange that it's not available in some shape or form and really annoys me as it current stands.

eCFW is run in a PSP sandbox, it doesn't have access to the second stick as a separate control scheme so you can't set it to act as one. You can set it so the right stick emulates one of the 3 main inputs from the PSP (left stick, d-pad, and the 4 face buttons) but AFAIK that's the best you get with PSP mode.

Some PS1 games in Vita mode, however, do. You just have to enable analog controls if the game supports it.

Well yeah that's the main thing, so it seems to me that I'll just have to do it based upon soem sorta custom bubbles, but I would've thought the pspsandbox witht he full xmb menu would've pretended to be a pspgo and the input was from a dual shock 3 or something similar to trick the system into thinking it could use it.

Not possible. The PSP sandbox doesn't have access to any bluetooth functions, it's simply the way the sandbox was written, so it's logical to assume it doesn't have any bluetooth-related functions either. I assume it's because there would be compatibility issues with the hardware the Vita uses compared to what the PSP Go used, or something along those lines.

Custom Bubbles wouldn't do anything to help, either, since it's still launching the games in PSP mode. There was one trick over a year ago that let you launch PS1 games via Tekken 2 on the Vita, but that was obviously fixed since then, so you won't have any luck there unless you're still on the required firmware for some reason and have Tekken 2 installed. 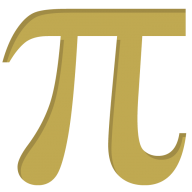 Tom Bombadildo said:
There was one trick over a year ago that let you launch PS1 games via Tekken 2 on the Vita, but that was obviously fixed since then, so you won't have any luck there unless you're still on the required firmware for some reason and have Tekken 2 installed.
Click to expand...

Yes that works up to 3.18 [Vita] and 3.20 [PSTV]. Best quality PS1 emulation, both sticks work, can use touchpad and touchscreen for extra controls i.e. L3/R3. Well worth £4 for Tekken 2 as it beats the PEOPS via TN-V method with ease.

Homebrew Analog not working in PS1 emulator, "PCSX reARmed" that is included in RetroArch