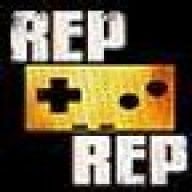 DS3remapper is a plugin to remap the buttons of Dualshock 3 paired to a PSP GO. It is especially useful to map the right analog stick so you can have fun playing your psp games via two analog sticks. You can map face buttons, d-pad or shoulder buttons to right analog and much more.

Thanks to @qwikrazor87's fix, now the DS3REMAPPER has much better compatibility than before that is why i am making a new thread about it. This version is different from suloku's DS3REMAPPER viewtopic.php?f=28&t=39588, it doesn't read the .ini file, remaps are pre-made. The plus side is this version should be more compatible with japanese games. Minus side is, it doesn't read psp buttons, only ds3 buttons will be active as long as plugin is on. I purposefully made this decision as enabling the psp buttons lead to some problems.

Here is the version which remaps the right analog stick to face buttons:
https://www.datafilehost.com/d/baeb1fb7

Here is the version which remaps the right analog stick to d-pad:
https://www.datafilehost.com/d/fb261453

Here is the version which remaps the right analog stick to trigger buttons:
https://www.datafilehost.com/d/3d3ac048

Tested on 6.60 Pro CFW, no idea if it works on other versions. Code belongs to Total_Noob, fix for japanese games has been suggested by me, actual code was written by qwikrazor87

This is mainly posted for testing purposes, please test different games and report back here. Source code will be released very soonish. I might post some videos too. Have fun.

This version includes all three right analog mappings and change configuration via pressing R3 + L3 buttons on DS3 at the same time. When you boot the game, the right analog stick will be mapped to face buttons, if you press R3 + L3 it will cycle between face buttons, d-pad and left-right triggers. Have fun and report back please.