Homebrew DS Emulator to DS via Wifi or otherwise possible?

I did my search on the subject but I haven't find much information, and the information I found left me more confused so I hope someone can help me out:

I know Accessing WFC is also possible via emulator.

Although it's not possible to trade using Wifi or more precisely the Friend Codes, correct? I ask because some people say it's possible through a WIRED connection. This was all done with Pokemon Black and Pokemon White both on emulators. Are there any known cases, or would it be possible to a similar "link" between a game like Pokemon Diamond and Pokemon Black? Be it through Wifi,wired connection or Emulator-DS connection?

To communicate between PC and DS, you need a Wifi card based on Ralink RT2500 chipset, and use a custom firmware for the card to convert Wifi to Nifi (it's a wifi without the TCP layer).
Nifi was used to send data to the Download play menu of the DS, and was known as Wireless Multi Boot (WMB) or as Wifime method (named after the physical device passme method).

Wifime has been patched by Nintendo starting on NDS Firmware v5 (DSPhat with backlight setting, the version just before the DSlite, and DSlite share the same firmware).

I think wifi communication ingame can still be done, check 2nd url bellow.
Though, I think there's no program to manage data between computer and DS.
The only way to send data is through the Download play menu, other than that it's just some technical data that nobody used.
SGstairs tried to make a tunneling application to play "DS download play" games through internet, but his project was never released.

Some informations :
SGstairs' website (first dev to document and crack the DS wifi) : http://www.akkit.org/info/dswifi.htm
http://masscat.afraid.org/ninds/proto_info.php
http://www.aaronrogers.com/nintendods/wifime.php
Nifi drivers works on windows Me, Xp and 2k, I can upload them to filetrip if someone want them.

If the emulator can somehow get onto Nintendo's WFC (I don't use NDS Emus but this seems doubtful to me) then it can trade with the DS via that.
Or, an alternative is to dump your save using SaveGameManager via FTP, load the save in your Emu, trade, then dump the sav back to your cart using the same program.
J

It is possible. I have done precisely one Pokemon trade myself. Although I am not sure if the other guy was also using an emulator (doubtful) since we never met face to face. There were a number of hiccups. For instance, I tried to contact him but he didn't reply. After I stopped the request, I got d/ced. Reconnected and this time, he contacted me and we managed to make the trade.

I think you might be confused on the whole Friend Codes issue. The problem about the WiFi on DeSmuMe is that the WiFi settings aren't saved. Remember that on a physical DS, you must use the same DS to access WiFi. If you use your game on different DS and try to access Nintendo WFC, the saved data of your online activity is deleted, including your Friend Code.

In DeSmuMe, since your WiFi settings don't get saved, everytime you exit then reload DeSmuMe, it would be as though you used a new DS. So your Friend Code keeps changing everytime you do that. It is a huge hassle for sure, but it doesn't make DS-to-emulator connections impossible.
K

Hey everyone- a quick question:

Is it possible to connect two computers that share a router to the Nintendo WFC simultaneously? I ask because I set up my emulator as per the instructions on this forum ( and my cousin's emulator) and tried out playing Pokemon black and white between the two setups. They both connect to WFC fine and can battle random opponents online, but when I try to battle or trade between the two computers the connection gets dropped before a trade or battle can be initiated.

Is this a problem with the router? the connection? the software? ALL I WANNA DO IS GIVE MY COUSIN SOME POKEMANS>>>!!!
thanks ^^

They have the same external IP, so one of them would have to be done through a proxy so they appear to have different IPs... but the connection might not work through most proxies.

Why not use Pokegen to edit the save files and copy pokemon to him?
K

Thanks for the help. Any way we'll be able to battle though?

Same thing I said, your problem will be finding a proxy that works. 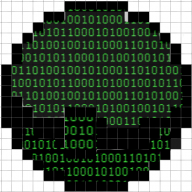 @ Extryzz: do i have to download a certain homebrew or can it be through tirasmu 15 minutes ago
Chat 1