none of the harvest moons tht i have seen until now on the DS (and thts all of em) are bad... they just arent simple but they are definitely not boring
try grand bazaar or this... both are great
they say tht twin villages is as good as FoMT so maybe u could wait for tht

quite a late release... must have taken time to translate

shakirmoledina said:
none of the harvest moons tht i have seen until now on the DS (and thts all of em) are bad... they just arent simple but they are definitely not boring
try grand bazaar or this... both are great
they say tht twin villages is as good as FoMT so maybe u could wait for tht

quite a late release... must have taken time to translate
Click to expand...

Looove it!!
And to be honest.. 3D on the ds looks.... very bad most of the time.
only nice 3D graphical games i know are umm, final fantasy 12, and kingdom hearts

Rest is all with those chibi characters n stuff, low detailed

on the 3SD on the other hand, 3D characters look awesome!! 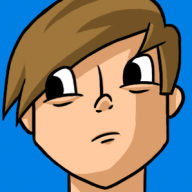 I still like Harvest Moon DS the most because it you can do more updating barns placing barn where you want. The only little problems are the graphic but if I could hack It I would hack the graphics and would make a awsome harvest moon game 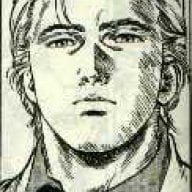 My dick is so hard right now, that I could have 7 wifus on evrey ranch I open

For those people who enjoy the series since the Snes days but feel like every new game that comes out doesn't to the franchise justice, I'd recommend the recently launched Rune Factory 3. 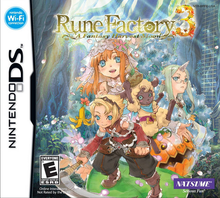 Even if it is a "spin-off", it is the most fun I've had with a Harvest Moon-esque game since Back to Nature on the PS1. It fixes a LOT of small issues the series had for some years now... seriously, it's incredibly engrossing and enjoyable.

I tried to love Sunshine Islands back when the american version came out, but it kept tripping in the same shortcomings. =/

I don't think RF is considered a spin-off of HM anymore. I remember reading somewhere that the devs decided to scrap that idea or something after 1 came out, which is why only the first game has the original Japanese title for Harvest Moon on it, but oh well.

Anyway, Sunshine Islands is great but for some reason, it doesn't feel as fun as Island of Happiness though. I guess it's because IoH has more stuff to do even though SI has you go around collecting sun stones, which feels more like a chore than something fun. I mean, getting most of them are either repetitive (Giving each person a total of 5 gifts to get one sun stone from them) or just plain dragging (Using each Makers 100 times to get sun stones from them). However, SI does have its advantages such as improved gameplay and button controls for those who hated the touch-screen only controls in IoH. 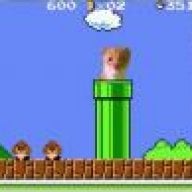 I am trying to get into this, but Rune Factory has spoiled me by having characters that don't look as though they are suffering a severe peanut allergy

This has already been released a week ago in Germany. I don't know, why ABSTRAKT didn't release it last week.

This was one of the HMs I enjoyed most on the DS. It's kinda a bug-fixed version of Island of Happines (the D-PAD controls were totally needed), so it's a good game. I might give it a spin again.

I'll also have to try Rune Factory 3 (didn't like the first one too much, but I guess that after 3 games, it might've improved a lot).

I seriously miss the times of Friends of Mineral Town. That game was an absolute masterpiece.

Definitely give RF3 a spin since the gameplay has improved by a whole lot (Combat is faster and some things are more convenient). As long as you don't expect a good story, then you'll enjoy it very much over the first two. 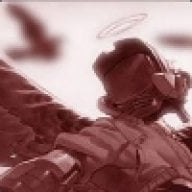 Also be warned that rf3 is crazy easy. It is really really fun, but money is almost a non issue and the combat is easy even on hard. And this is coming from someone who hasn't played a core HM game since the snes. I might give this one a try though, cause RF3 has got me in the mood for sure. 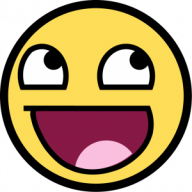 If u think HM: SI is too hard for you? Play Rune Factory 3 same producer as harvest moon and i much ways the same.

ROM Hack Emulation Yoshi's Island DS on DeSmuME without a blindspot between the screens?