Excuse me there, Thuggy.

NCSX said:
Isou is a spiky-haired farmer from the town of Saki where he lives with his wife Marin. When Isou gets caught up in political intrigue, he leaves the simple life behind and gets caught up in a fractious war between two countries.

Windaria was an animated movie that was released in Japan 22 years ago. It's unlikely to have much "brand" recognition or street cred amongst the jaded youth of today but Compile Heart has licensed the property for a dungeon exploration game on the NDS. Inomata Mutsumi designed the characters and the hero Isou appears to have influenced the look of a certain somber hero with blonde locks and a big sword.

The promotional material for the game touts randomly generated dungeons, real time action, and an involving storyline that stays true to the movie. The action takes place on the top screen while a map gets drawn out on the touch screen as Isou explores dungeons. The game system is based on Chunsoft's Mystery Dungeon engine which most recently served as the basis for Dramatic Dungeon Sakura Taisen. The movement and battles in the game are turn-based so that monsters and party members move in concert with each other. For example, every move you make governs the monster's move. If you don't move, no one else moves in the game world. Take one step forward and the monster takes one step.
Click to expand...

Played this a day or two ago ... nice rogue-like

Oh yeah, forgot to mention in my blind rage that this rogue like game has recieved a few reviews and most of them are average/poor.
J

Thug4L1f3 said:
Why did you delete my post JPH

Hehe, mine had a boxart and yours didn't!

Funny that as I uploaded it and saw it on the portal just fine.
Even so you could've just added it to my post without removing the whole thread

Thug4L1f3 said:
Funny that as I uploaded it and saw it on the portal just fine.
Even so you could've just added it to my post without removing the whole thread

Well, yes, true (I didn't see boxart in yours - shitty IE?)...I was planning on experimenting with Screenshots and the portal.
Sorry if I pissed you off, yo.

Cloud Strife at the age of 14.

Anyone have any bigger screenies and what is this game about?

Narin said:
Anyone have any bigger screenies and what is this game about?
Click to expand...

Narin said:
Anyone have any bigger screenies and what is this game about?
Click to expand...

The pics are thumnailed, just click on them to enlarge.

Looks nice. Will play when localized....

Its actually based off a Japanese film from the 80's, here is a trailer of that.

Same engine as Pokemon Mystery Dungeon ... and as far as I know none game which had an engine like PMD was ever better than PMD 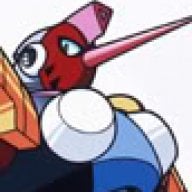 why so many rouge likes on the ds there fun but were are the action RPGS !!!?
random dungeons are cool and i dont mind that, its just i grew up with games were the point is
not to die and these are the exact opposite of that it just buggs me and i cant enjoy it that much.
id just like the option of returning to town when i want.
X

It seems to me that ds is going to be infested with dungeon crawler games.

I think the biggest problem with these randomly generated dungeon games is that the dungeons are so very very very bland...