What a great, family friendly game. 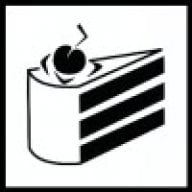 Yeah, he really does.
!
The DS is a time machine too!

And, yes, he does look like Miyamoto (no offense - but a lot of Japanese people all kind of look the same...)

I would not trust that creepy lookin' mammy-rammer around my kids ... hell, I wouldn't trust him around my pets.
T

But I digress... The game's boxart makes me kind of curious as to what the game really is. I imagine it's probably a learning game based on a Japanese children's show about a creepy homosexual pedophile. Man, no offense Japan, but you seem kind of "queer". Queer as in strange.

The game is NOT as creepy as I thought it would be.
Unfortunately, it's still pretty creepy.

The guy on the cover appears on the top screen and says things in Japanese. He SAYS things... while making strange, and sometimes creepy, hand gestures.

Soooo, yeah. Maybe it's not creepy if you know Japanese?
M

emm the title is missing few characters.... that dude's name is Hiromichi.... so the title should be "Hiromichi Onisan no Oyako Taiso Navi"
A

Wow, more useful posts here rambling about nothing. If it's not a question nor a productive comment is it really worth posting especially if you know absolutely nothing about the game? Hang on i'm as bad as you!

K
Hacking Question Anyone in Japan willing to help me mod my v2 Switch?

@ KenniesNewName: Apple is the new Disney 38 minutes ago
Chat 0