it is the hard to be dumped, ds air from nintendo.
I wonder if it works in scsd.
M

Works on M3 Simply for sure
S

As posted by DjoeNtje in another thread:

and that's the end of that uber protection. Cheers to the scene

I think that it wasn't any protection at all. I think that the macronix chip needed only a new, or a good (if WRG code is broken a bit), algorithm to extract the raw data properly from this 1gbit Macronix memory.
A

Can anyone who has played this game tell if this game is any good?
T

all the fuzz for nothing.

QUOTE(Tomy Sakazaki @ Feb 14 2007 said:
I think that it wasn't any protection at all. I think that the macronix chip needed only a new, or a good (if WRG code is broken a bit), algorithm to extract the raw data properly from this 1gbit Macronix memory.
Click to expand...

Yeah, I just think it was different components in the cart that weren't compatible with current dumping methods used by most groups rather than a deliberate attempt at making a game undumpable.
A

Does anyone know how the wifi works on this? Its all in Japanese but do you need a friend registered on a list or can anyone join in? Also how many players can play on wifi at the same time?

Played the first mission, love the look of this game, seems quite fun too. Replay of the entire mission with 4 different views as well

Lovely blue skies as well, obviously been listening to these guys' campaign:

A little tune should play or something
A

QUOTE(Tomy Sakazaki @ Feb 14 2007 said:
I think that it wasn't any protection at all. I think that the macronix chip needed only a new, or a good (if WRG code is broken a bit), algorithm to extract the raw data properly from this 1gbit Macronix memory.
Click to expand... 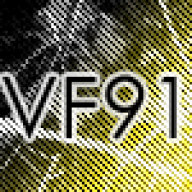 Cheers to the scene. You have done it again! 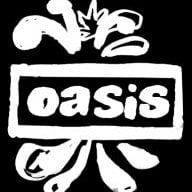 Lagacy has it's own dump device I thought.. hmm I will look it up

''Most "end users" of DS roms don't need to dump their own roms since they download them anyway. Dumping roms yourself is somewhat complicated, and only works with certain hardware.

The original DS cards are encrypted. The current methods of dumping the roms all piggyback on the decryption in the DS itself to get to the clean unencrypted roms.

QUOTEIt seems that all of the commotion about the new DS game protection methods turned out not to be true. Originally release group WRG tried to dump the game Jet Impulse but was unsuccessful, citing that all methods (M3 Dumper, SMT1.1, WRG DUMPER 1.4) to dump the ROM caused their devices to hang. Afterwards, release group Legacy (LGC) attempted to dump the game using a “Dump Kit” and was successful. Speculation is that Legacy used the Neo Flash MK3, and since the MK3 automatically trims the dump they must have added erroneous 1 & 0’s to complete the ROM, therefore making it clean.

Currently the Jet Impulse ROM is being spread among the normal channels, and a special thanks goes out to Legacy, as we can all rest assured that come this fall we’ll all be playing Zelda on our devices without any problems.
FishTank DS v0.3
Click to expand...

Stuck on the mission "Stage Two" how do I kill the guy in the red ship? I can't even hit him.
W

Not a bad game, but I was expecting something more notable since this was Nintendo-developed. Seems like a fairly by-the-book flight combat game. Hell, steering isn't even handled by the touch screen like in Star Fox.

Unusual to see FMV and guitar samples in a Nintendo game, but otherwise it's unremarkable. Wouldn't be surprised if this franchise quickly fades into obscurity.
W

Fun game, I like the way you get a full replay of your previous mission, although the camera choices aren't exactly very dynamic.

Be nice when an English language version comes out, so I can understand what the hell's going on.

Pretty fun game so far. Stuck on the first official mission. Guess I'll have to try more than twice to beat it...WiFi is useless now, nobody on...Hopefully it gets busier soon.