Ooooh I've been waiting to play this for ages. Shame I can't find the rom atm. Anyone played it ?
B

i wonder why they didn't make touch mario golf? 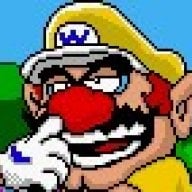 What the? The heck is this?

A Nintendo sports game that DOESN'T feature Mario and co.?

Has the world gone insane?

Looks like Nintendo is really trying to reach a mature audience with the DS, and hopefully this game is the first of many.

The game isn't that bad to be honest, granted I'm not a big lover of golf games, I'd rather play the real thing. But the game plays really well.

The games interface is nicely done and the graphics and menus are all pleasant to use. The graphics in game aren't anything to shout about, but they certainly do the job. They look a bit pixelated in areas, but the character models are nice and move fluidly. I'm sure the DS can do better than this, but at least the game runs at a steady framerate.

The top screen provides a 3D view of your character and the course. The touch screen provides a top-down view of the course in a 2D style. You can use the stylus to zoom around and view the entire course.
You can use the stylus to change where you want your shot to head, and to swing, all you do is change to swing mode, and drag the head of the club towards the ball, hitting the ball specifically (both speed and angle) to change the direction in which it will head.

Forget Tiger Woods DS... The gameplay in this one is really good!

You really do have total control over your shots and the ball. You can tweak it to perform a very accurate shot.

Not a bad little game from Nintendo.

Where did this game come from all of a sudden?
I gotta try this.
L

QUOTE(blackeromegalon @ Nov 25 2005 said:
Where did this game come from all of a sudden?
I gotta try this.
Click to expand...

My words exactly. I thought it was going to be released next year or something.
S

I was walking in HMV today and was surprised to see this on the shelves - again, excellent promotional work NOE! Thing is, although I saw this, which I wasn't looking for, I couldn't see Mario Kart anywhere. And throughout every train station I passed through? Huge posters for GTA: Liberty City Stories. 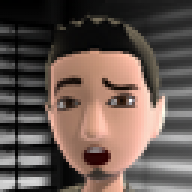 I like how clean and "serious" the style is... From the cover art, it also shows that the top is a "first person" view, while the bottom is an overhead view, just like shaunj66 said.

Also, notice the stylus near the ball? This would usually be a tee...

Yeah, this is much better than T. Woods DS. Anyone know how to get a zoomed in view while putting?

I think it's not THAT good in playability and it tends to get very boring after playing an hour. At least it's not worth 512 mbit in my opinion. When I look at this game I really don't understand how this must be so big when Mario 64 is only 256 mbit

Wow this game really took me by surprises. Just played a full 9 holes in mutiplayer with just one cart with a friend and i'm pretty amazed. The game plays sweet and is very intuitive. The option to send written messages and save 4 of them at a time is really sweet. You can even decide to whom you want the message send.

Really nice game. Gameplay is A one and gfx are pretty decent too.