Over a year after its release on PS4, Xbox One and PC, Dragon Ball Z: Kakarot landed on the Nintendo Switch a few weeks ago. I spent some time on the handheld version and will share my impressions here. It will not be a full review as we already have an official one for the PS4 version which I would highly recommend you to take a look at for a deeper look at the game.

This is because Dragon Ball Z: Kakarot is essentially the same game that was released back then; at least the base game. The Switch version also comes with the New Power Awakens set which lets you experience battles from the two recent movies Battle of Gods and Resurrection of F; those against Lord Beerus and Golden Frieza, respectively, as you harness the power of the mighty saiyans. 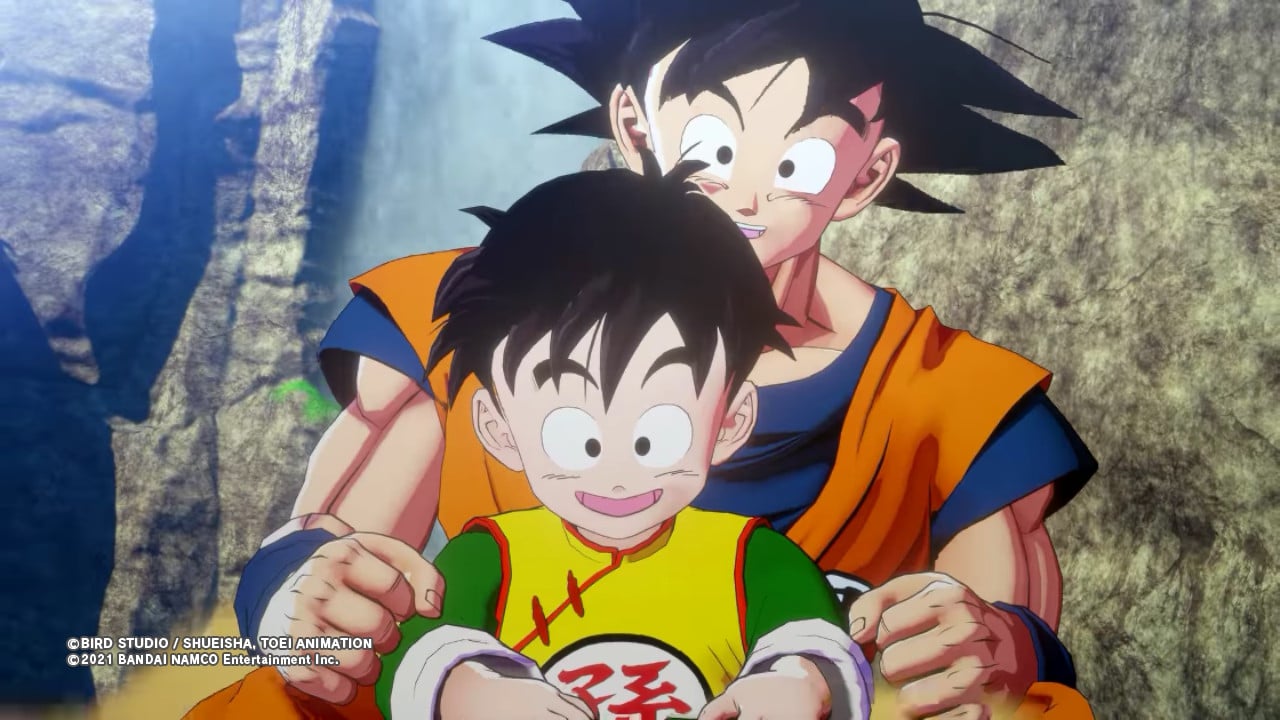 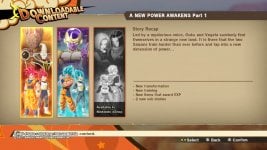 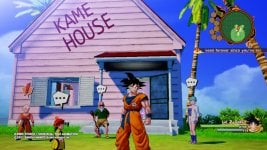 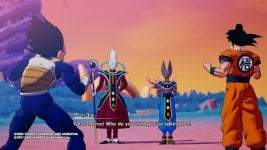 ​
Despite the expected graphical step down on Nintendo’s handheld, Dragon Ball Z: Kakarot plays well on the Switch. Battles are fluid and load times aren't an issue as it was when the game originally launched. The cel shaded aesthetics also help in this aspect as they are not as graphically demanding. I am actually quite pleased with how the game looks on the Switch as it emulates the anime look and helps mimic the feeling of playing in an anime universe. Sure, you won’t get to play it in glorious 60 fps+ but the handheld maintains a rather smooth 30 fps throughout, even during heated combat sequences.

I was also pleased with the overall gameplay since it doesn’t only focus on combat, as many DBZ games do, but also focuses on the plot and RPG elements. However, this comes at a detriment to the combat which can feel a bit basic and repetitive over time. The story, while it has been told and re-told across several media already, doesn’t get old personally but that’s likely due to the nostalgia component. The latter was also triggered by having the original voice actors reprising their roles both in English and Japanese; although the lip sync is noticeably off in English. 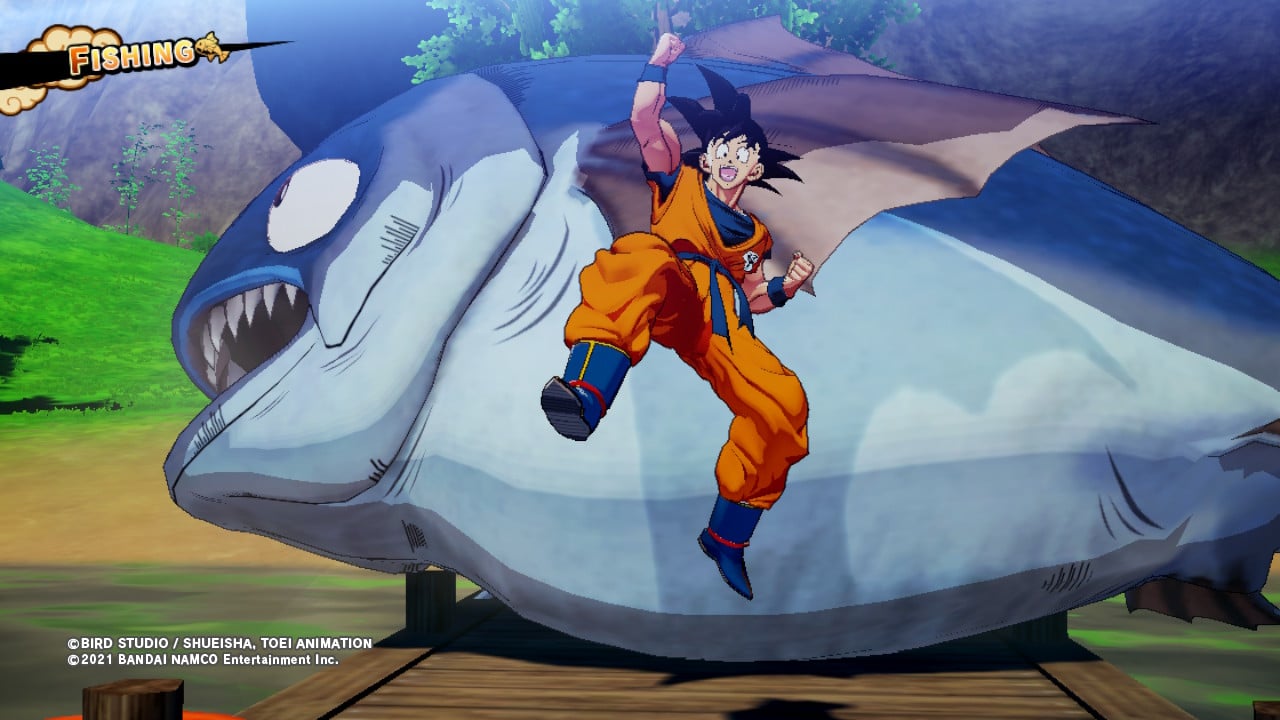 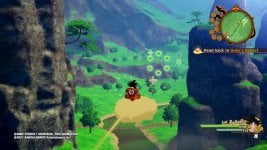 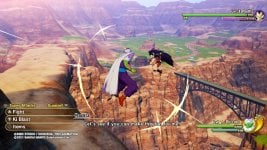 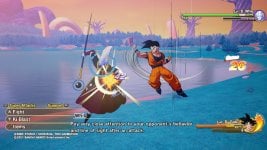 ​
Dragon Ball Z: Kakarot further expands on the story by adding playable slices of life segments as well as gets you to control other characters as you progress. This does not mean that the story beat changes but rather fleshes out characters and their background in ways that other DBZ games haven’t explored. In fact, Dragon Ball Z: Kakarot remains faithful to the iconic scenes of the manga/anime and being an active part of those scenes, on the go with the Switch, is literally a dream come true for 3 year-old me. 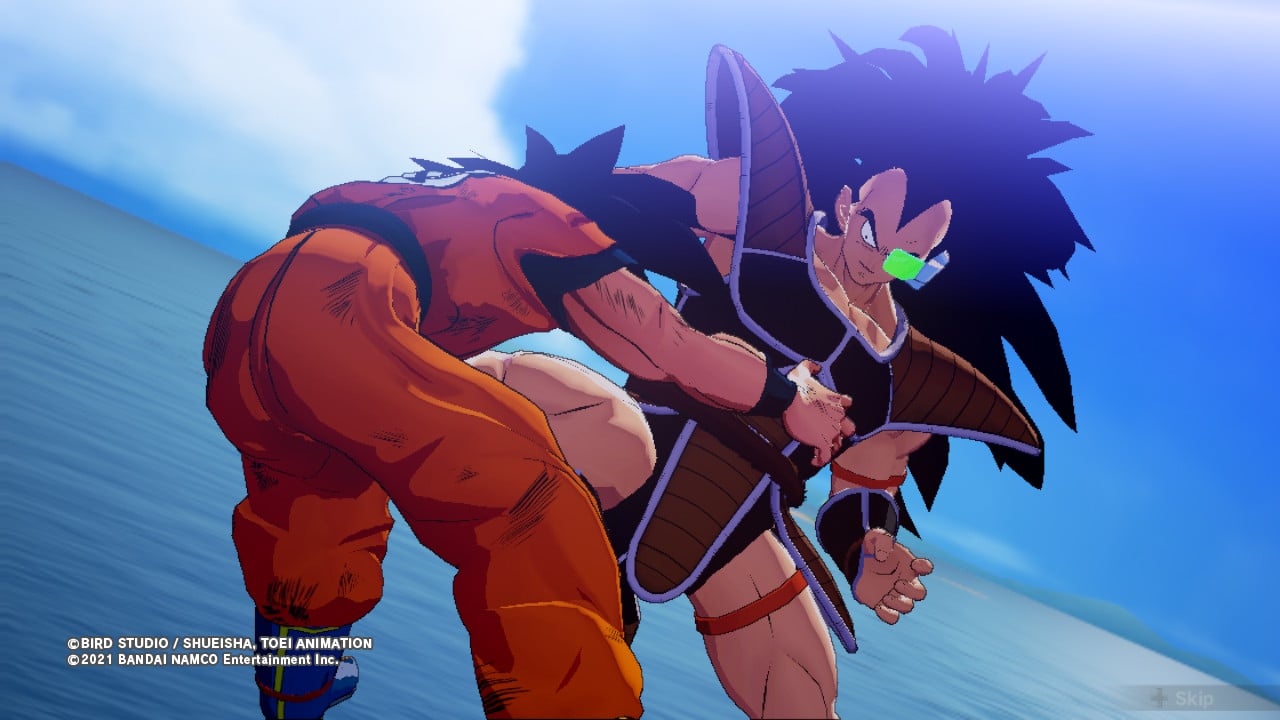 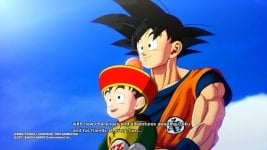 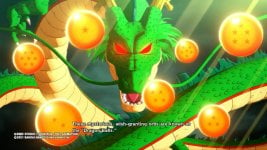 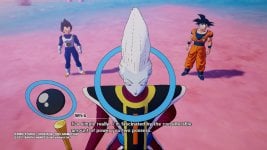 ​
While the Nintendo Switch version isn’t the best way to play Dragon Ball Z: Kakarot, as might have been expected of a game ported from home consoles, it finally brings Goku’s adventures on the go and is a game I believe many fans of the series have been waiting for. And if the Switch is your only way to access it, then it’s well worth trying it out.

My old PC wouldn't run this and I only own a switch so this is a pretty nice deal for me, always loved me Dragon Ball, and the rpg elements seem like an interesting change from other DB games. Will pick it up soon.

I'm all excited about it and made my pre-order, but since I've been so busy with work, moving to a new place and all that stuff lately, I haven't got the chance to try this version properly.

But it looks great, even if we take into consideration the graphic handicap expected on Switch. At the end of the day, the game is playable and, IMO, graphics ended up not a being a huge problem when you can play it on the go. Of course you can't compare it to the versions of the more powerful consoles in the market, but what else can you ask for? It's a Nintendo Switch. It's not meant to be powerful from the start. It's authentical and original. That's what the Switch is expected to be. And that matches our expectations while frequent users, I guess.

It's been a while since I've got DBZ: Kakarot on Steam and I didn't have the chance to finish it yet. But for what I've seen, I'm quite pleased with the game! Although the battles may seem repetitive, it's very cool to have a open world game like this exploring the Dragon Ball World and all the characters from the franchise that you didn't expect to be able to play available for you to explore their stories.
Last edited by tfocosta, Oct 19, 2021
Reactions: Alexander1970 and DannX 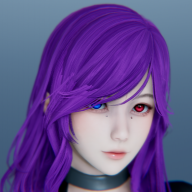 is this game fun? feel like swtich going to lag alot
M

raxadian said:
Xenoverse 2 is a much better port with only the PC version being considered better and that mostly due to being able to mod it.
Click to expand...

I played XV2 a ton when I had a Switch, but the gameplay, God, it's really repetitive and basic.

Just today I saw it's getting new DLC so hey, fans of it can enjoy it ever so more.

Xenoverse 2 is pretty much Xenoverse 1.5, but who cares. It's a good game.

@ KennieDaMeanie: I'm at least hoping to survive to see one alien invasion Today at 10:35 AM
Chat 0