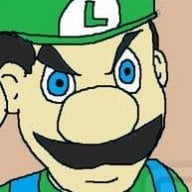 I would like to preface an apology, but I have a very curious question to ask. I recently tried to access the eShop and it requires an update. To be safe, I just updated by DSTwo to Beta 1.23, but looking at the date of the file, it's as early as August. I am unsure if this update Nintendo is asking is later than that, so in the case of being ill informed, I figure I would ask you swag dudes here. Would being at Beta 1.23 be updated enough so that it still works even I take the update on the eShop? I have no idea if this update surfaced days ago, if it's a case of waiting game for an update or what have you.

Again, I would like to apologize for the dumb question. I want to make sure I am not making a mistake here is all.

Thank you very much, friend. <3

Hacking Question Does the "Match Local Users" feature have a CRC check on game updates?

L
Hacking A question about EmuNAND

@ KennieDaMeanie: Not all sites have to hate each other 7 minutes ago
Chat 2