You do know Nintendo is trying to appeal more to the "hardcore" crowd? Funny how people are quick to dismiss the 3D when people bye 3d tv's just for their ps3.

Who says it won't be easy, you either learn right off the back to used it or little time to get used to it.
Not only that it has more "features" then just 3D.


godreborn said:
my main concern with that system is the nauseating feeling users r getting...and that's just standing still. I can only imagine the dizziness associated with playing that while walking.Stop saying this like it effect everyone and 3D is the only thing that may give headaches plus, many of the games r a been there, done that sort of thing.What are you talking about? nintendo is trying too hard to sell new/fun hardware that people think is cool for a few weeks then hput it in the closet like the wii. I do not know where you got this from, I see a lot of people who play and had their wii for a long time. sure, the ds may have been successful, but there has been a lot of bad news reported on the 3ds such as region-locking developers decide, low battery life not even that low, a fair amount of power, physical discomfort, etc...and the list never seems to end.At this point you just making up stuff and looking for negative things. I don't think nintendo thought this system or portable through.
Click to expand...

Ha! It crazy that you think they did not think the portable through.

I think it will be a success. Nintendo is well-known in the gaming industry, you can turn off the 3D using the depth slider (naughty kids who can't stand 3D may on it again!) and I'm sure that nintendo does not want to make the same mistake as their failure console which has also 3D gaming. (Can't remember the name though, sorry!)

These are my opinions though

The DS with the touch-screen was in the exact same position as the 3D effect is with the 3DS prior to it's own launch, and look at what became of it now. Even the competition took it in.

Besides, most people who don't care or are against the 3D effect are those that haven't even experienced it yet, making such point to put it down mute to the majority who are willing to check it out for themselves. 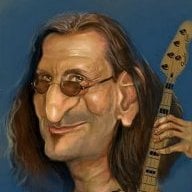 chris888222 said:
I think it will be a success. Nintendo is well-known in the gaming industry, you can turn off the 3D using the depth slider (naughty kids who can't stand 3D may on it again!) and I'm sure that nintendo does not want to make the same mistake as their failure console which has also 3D gaming. (Can't remember the name though, sorry!)

These are my opinions though

the Virtual Boy was its name. 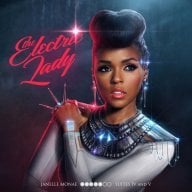 A console, be it handheld or home, is as good as the games made for it, however not only. Every console has the potential to be a success, it depends on whether the devs, first, second, or third party, to harness the power of the specs.

Having said that, I don't really see any flaws in the 3DS, even the potential ones. I remember with the wii and the DS, people were saying that it was harder for the third party developers to make games with the SDKs given to them. That does not look like the case seeing as how the majority of its launch titles are from 3rd party companies.

I may not personally like the current msp of the 3D$, however, I do think that if the past DS systems are of any oversight of the future, the 3D$ will be a $uccess. Yay! It prints money.

Let's think about it here; everything is going 3D.

Even if you don't like 3D [yay you have a brain in there!] then you have the "Gamecube Like Graphics" that the system is able to dish out. Now some people that just came from the DS will automaticly not like the loading times on the cartridges, but that is because of the graphics the system pulls off!

The starting year of the system also looks great as well!

[Just so you know, Star Fox 3D WILL be the first game for the 3DS that I will get, KH:3DDD will be the next one, most likely a simultaneous buy if both are launch tittles.]

If you want to see what the 3DS can do, look at the screen shots of Kingdom Hearts 3D: Dream Drip Drops [I think it's called Dream Drip Drops.] Dang...that's all I have to say.

The fact is, ALOT of people are going to be hyped into 3d without glasses. 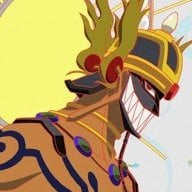 A handheld costs too much when it exceeds the price of a gaming console. The wii is in the

I'm buying it for the 3D! Star Fox and Mario in 3D are going to rock!

Besides, anything that has Nintendo written on it sells like hotcakes (except for the Virtual Boy). 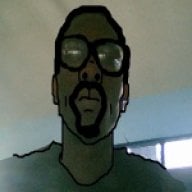 the 3ds screen isn't anything the handheld offers, and although it is entiteld like this it remain a nice feature. a lot of people are looking forward to it already only because of the improved graphical presentation, and of course a few just because it comes from nintendo. and the way it is hyped already i think it will be succeeding the ds well. also the 3rd party support seems to be pretty well too, so if it remains like that we can just imagine that the games line up will be better again. nothing to worry about.

3D aside, it's a successor to the massively popular DS (and the inertia alone will give the sales a boost), with improved graphics and added features. The games that have been announced so far look interesting, and even though they haven't been officially announced yet, you know it's going to get a Zelda game (not counting the Ocarina of Time), a Mario platformer, the next Pokemon games, Metroid, Advance Wars, Fire Emblem, Castlevania.... and then there's the backwards compatibility and support for the vast library of DS titles.

So yeah, it's looking good. 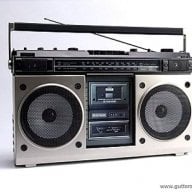 I'm going to a 3DS tester this weekend to see what the console is like, i already pre-ordered it but this is a perfect excuse to see if it's worth buying.

It could fail if all they concentrate on is the 3D aspect as opposed to the most important gameplay!

For those that don't care about the 3D effect, there are companies that are having their games give an increase in visual quality when the effect is turned off, so it's really a win-win situation there. 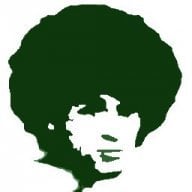 Since when has Nintendo ever failed in the handheld market?

In the end it doesn't matter about the hardware specs or gimmicks. Nintendo knows how to make games. That's why their consoles and handhelds can be held up by their first party titles alone. Nintendo makes games for gamers. Real gamers.

Do you know who the real gamers are? The casual gamers. The people who enjoy playing a simple game for fun. The hardcore gamer is not the true gamer. They are people who live and die by their complex video games. These are the Counter-Strike, Call of Duty, Halo, Gears of War I'm going to play this game for hours on end to raise my rank so everyone can see how good I am at this one game.

They don't play for fun. They play competitively. That's why they get so angry when they lose and take it way too personal. These aren't real gamers. They are abusers and addicts.

Sorry to digress but I hate how the hardcore think that gaming has turned their backs on them in favor of casual gamers when they are clearly the minority. Gaming started out as casual. I remember going to arcades with my parents and playing simple fun games we could all enjoy together. Now they can't pick up a controller to play a game because it's too complicated for them. But the new motion technology is easy to pick up and play and they can genuinely enjoy it and get back into that simple gaming like when we went to the arcades.

I digress again...but yea it's going to be all about the software and Nintendo never fails to deliver.

It will be very slow at first but will gain momentum once better games start coming out. The weak launch release list is the only problem I see so far. Not to mention the unfinished firmware (no Internet browser, etc.).

I think it will succeed greatly, but not beat the sales of the Nintendo DS.

Two reasons:
1) Higher price, so demand goes down.
2) If Nintendo actually sticks to their word, and doesn't release another model of the 3DS, then they're losing a good amount of money. For example, I've had the Original DS, upgraded to a DS Lite a few months after it came out, and kept my DS Lite, but bought a DSi at release. (Yeah, yeah, I know people are going to say "Such a waste of money!" but, hey. I work, and the only one I paid for was the DS Lite upgrade).
D

I played it today, at the Sydney Myer preview.
I preordered it as soon as I got home.
There is no fault for the 3DS, it's brilliant.

Of course, we'll need to wait several months for a larger selection of quality titles. But I'm happy with Nintendogs + Cats, and Pilot Wings, and Resident Evil Mercenaries.

Game Dragon will you stop making these bullshite threads? The 3DS is preordering out of control, way faster than the Wii, and with no (as of yet) advertising. Yeah, it's gonna fail. 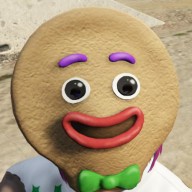 I think it's awesome but it's way overpriced for a handheld

Oh brother.. It is too soon. Stop guess and wait and see in 2 or 3 more years from now. Jeez!

A little help catching up with my 3DS?