My council provided recycling bins lately so yeah i recycle

Same. Other than that (paper and glasses) no. 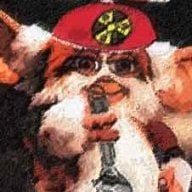 Sometimes but not a lot. I am active-anti litter though and dont mind stopping to pickup trash wherever I find it and throw it away, its gotten to the point where my parents are often telling me to stop it and just get back in the car, and twice my sister has left me in the parking lot and driven off (she always comes right back though)


When I'm on my own, I'll be able to Recycle constantly and really fight against litter.

Yes, always have since I was a little boy.

No.
Well soda cans,and stuff like that yes.
R

Our council gave us small recycling bins years ago, used that, often got full. Year after they gave us bigger (normal rubbish bin sized) recycling bins.

Shame we can't recycle glass, but I assume thats for the safety reasons.

Shame we can't recycle glass, but I assume thats for the safety reasons.

Glass goes in the old small recycling bin, then when its full we take it to a recycling bin.
Click to expand...

The recycling bins at my school are like 4 or 5 feet tall, seriously, and they always get full within a day or two.

these days we are forced to recycle and "care for the environment" if we like it or not, it's ridiculous, a good example is shopping in sainsburys or tesco, you are forced to pay for your carrier bags.
P

jalaneme said:
these days we are forced to recycle and "care for the environment" if we like it or not, it's ridiculous, a good example is shopping in sainsburys or tesco, you are forced to pay for your carrier bags.
Click to expand...

I wouldn't say we are forced, i'd say we are pressured into recyling but you don't need to.

When you see someone pointing a gun to your head and shouting to recycle that paper then you can say we are getting forced to recycle. 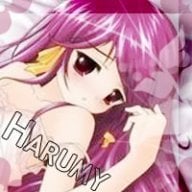 Yes, my mom and I recycle almost everthing we can

i try to avoid packaging wherever i can, i especially hate blister packs, those things can hurt when you try to rip them open.

and i NEVER dispose my trash in nature. i hate it when people do this.

Yep, all the time, with every thing that can be recycled

My usual idea here is "hug the aged whales on your own time, not on mine". I take some amusement that most of the recycling from the UK gets sent to China for sorting (helped out at a few ports and know a few truck drivers).

Metals: rare (I am a metallurgist it seems so I come into contact more often than not) and more common I will generally recycle or reuse (nobody gets tired of the thermit reaction and even a few grams of the more uncommon metals can be used for various things).
I beams and the like can usually be used in different projects though (ramps mainly).

Glass: I do not drink alcohol or stuff that comes in glass bottles (coincidence rather than concious choice) so no real issue there.

Paper/wood: I get nice wood which gets used for various things (woodwork is a hobby/part time "job") and paper makes for great bonfires. Boxes get used for storing stuff.

Electrics: nothing really gets thrown out, normally fixed, given to people, stripped for parts or made into something stupid (giant capacitor or something).

Ceramics I do not tend to use all that often but and the ones I do are usually really nice ones (highly conductive tape/very strong...) and if not they have their purposes (normally as a base for ramps/concrete).

Clothes: when most of your family are mechanically minded in some way rags are useful.

In conclusion I do not recycle as most things I end up with have a use.

@jalaneme they have been playing that game on and off for years (they were charging about 14 years ago, then came "bonus" points on cards that appeared, then came vouchers for schools and whatnot and now we are back at charging/money off for bags reused).
M

I don't recycle at all.
J

My county passed out a green bins to everyone so that they could be used for recycling.
I think it was a good act, for the county to send out free recycling bins and I'm sure it's helped out the community a lot when saving money for buying new materials or whatever.

I never really recycle anything, unless I'm at school or one of my friends (his mom insists we sort our trash before we throw it away, kind of lame).

I recycle what I can...but I'm a huge fan of reusing everything I have. I'm like a packrat except I don't take it over the edge. But I'll reuse glass bottles over and over instead of returning them. I'll reuse plastic bags many times before I throw them away (from shopping bags to sandwich baggies).
Metal cans...I can't say i reuse much, maybe for arts and crafts...

I often dream of openning a dump/junkyard and just taking the things people throw away to construct myself different meaningful things. From a playground of old tires and such...to a house made of mostly recycled components. I always got yelled at for trashpicking in the metal piles when I was young!

I just like reusing things before I hand them over to recycling. I've had the same plastic bottle I keep filling with water for about a month now. It drives my parents crazy but I like it.
T

I have no option but to recycle and I can end up getting a fine if i put something like a plastic bottle in my normal bin.

Where do you live? If I did that, people would just look at me and go 'dirty teenager.'

Nope. It's not forced on us so I don't bother.

Gaming What would you have loved to see in the 3D All-stars Collection?

Problem with sleep mode (might be linked with keyboard)