Hacking Do ps4 DLCS have to be backported to 5.05 as well to work? If yes which tool to use and steps?

Success in backporting PS4 updates to 5.05, what about dlcs? DLCS of jumpforce not working on backported updated game 1.15.

probably. on the ps3 at least, the files are encrypted. I think on the ps4 they're placed in the sandbox partition just like games. what kinds of files do you have for it?

I have tried backporting dlc using modded warfare tool but no success in building the pkg. No success in direct backporting or marrying the game..
I feel I should try one more thing, that is input PKG as dlc and base pkg as the updated pkg.

dunno. I'd have to see what dlc looks like. on the ps3, it's mostly edat stuff which stands for encrypted data.

no its pkg files named as dlc

can you decrypt the pkg with pkg viewer?

basically how to backport dlcs??

it's a theme? you may need to create an unlock pkg. I've created one before, but I can't remember how to do it. I'm pretty sure the instructions are in @KiiWii 's guide. it's not hard, but remember the theme will go back to being locked if you change it.
Reactions: KiiWii

hmm...it says fake so it should be unlockable. try to unpack it.

which app would you sugguest to unpack the contents?? i am not having any luck with pkg viewer (list contents) option...

I just unpacked a trials fusion dlc I had: 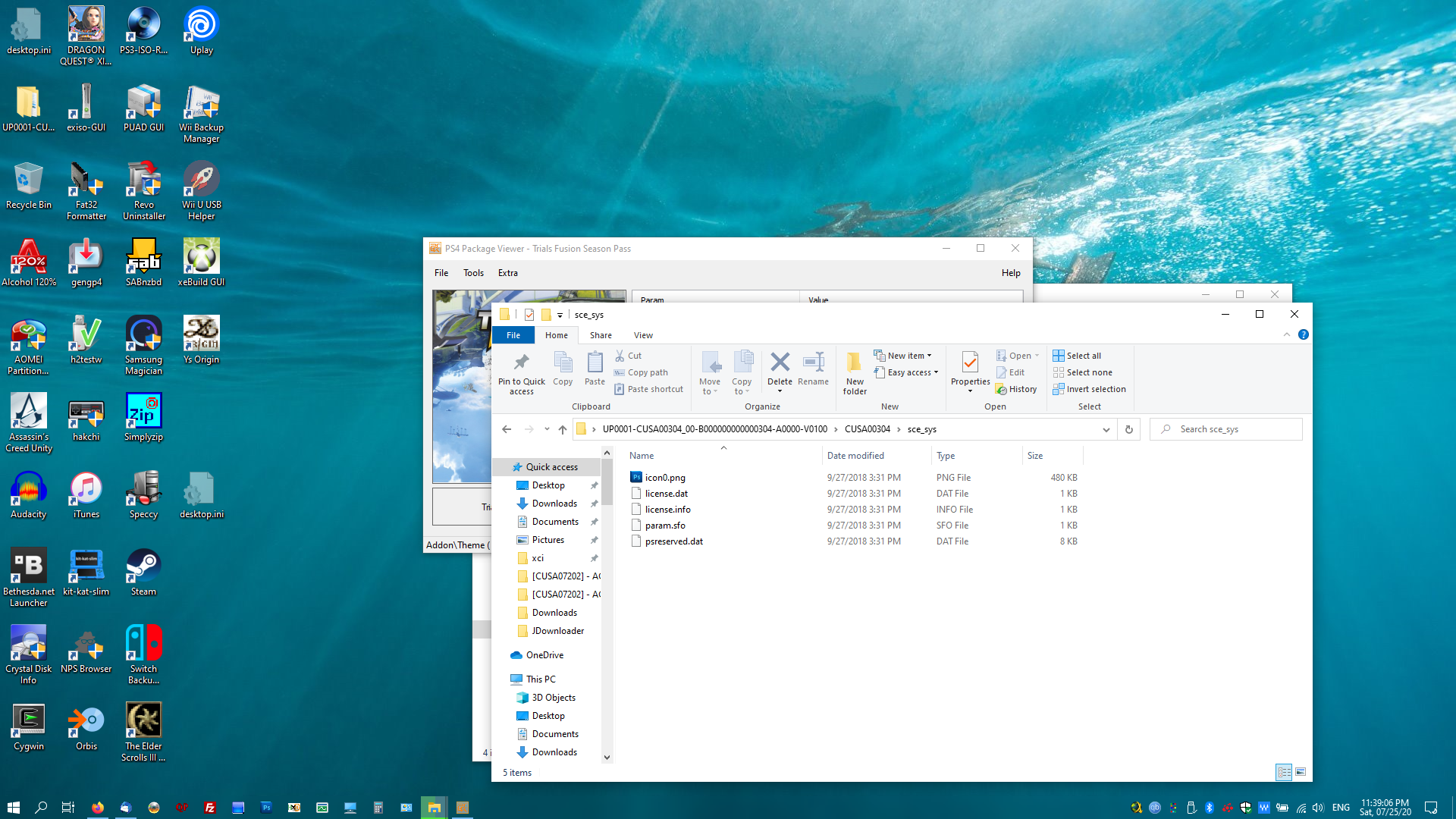 the .dat are probably edats. those files are encrypted. plus, there's the sfo.

btw, to extract is under "extra."
Reactions: teamlocust

cant we use any ps3 method to decrypt these??
also if these are encrypted, how come the spiderman dlc is freely available and decrypted for easy install??

I don't know. edats are encrypted with different keys. there are also levels of edats. there are four levels on the ps3.
Reactions: teamlocust

I don't know if the ps4 has different versions/levels, but it probably does. on the ps3, version is at the bottom. the edats were just unlock licenses that had no real data. I once read that sony used images of flowers to make them contain some data, but all that's important is the encryption license or klicense which you got from the eboot.bin in most cases. 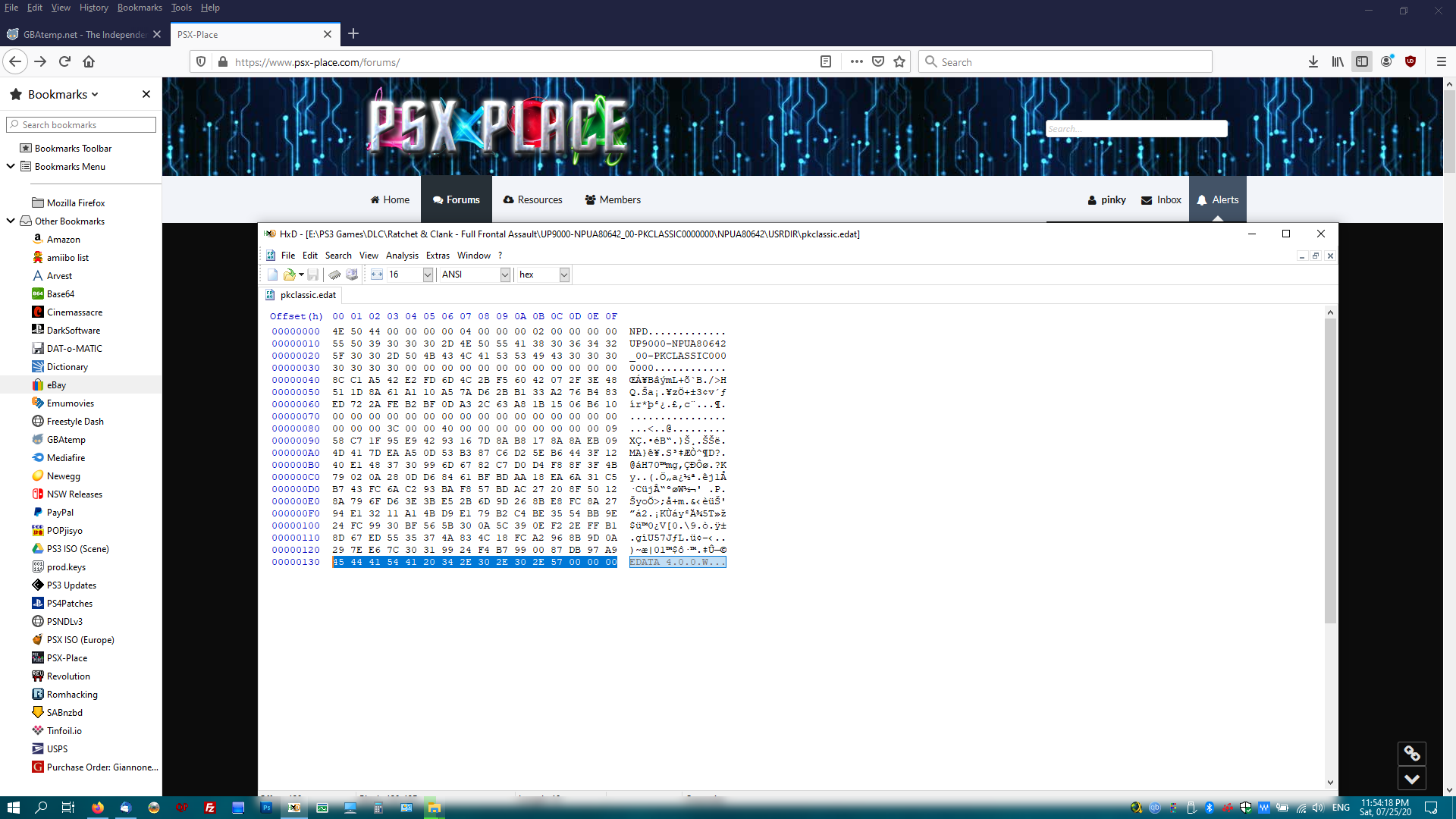 as you can see, the version is at the bottom. I don't think the .dat is an edat anymore if that's what they're called on the ps4 fake pkgs, so the version is nonexistent.

i suspect the spiderman dlc is from game of the year disc which would sugguest only this particular game has dlc available to download and install.... But i know the disc is definitely not 5.05 fw but higher... So someone has decrypted the dlcs....

dunno. game of the year games on the 360 usually have a 0'd out license, since it can't have your user data on the disc obviously, so you don't even need to make it free.

you might try hex comparing the license.dat for both dlcs. HxD can do this.

here the problem is not license per se...
you see i forgot to mention that dlcs in question here do install without any errors whatsoever...
Also after installing the dlcs you can see that they get linked with the game as well.
Only not visible in game...

I'm not sure. I assumed that one or both of the dat files were causing the issue. the preserved.dat I have is blank, so it's probably used with pfs in some way.