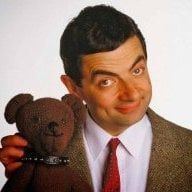 - so if i buy a brand new european region xbox 360 console, will those digitally purchased japanese games work on said console?

Depends, if they're JAP only then it's likely they won't work.
A lot of the 360 games are region free but region locks still exist.
Reactions: blueagent1999

thanks for letting me know! ah well i supposed i'll have to get the console repaired somehow, thanks again for the help!

you can find out with the abgx website. it should list the region for games. this is for retail games though. I've never really looked if xbla games are on there.

Editorial Digital downloads vs. physical copies of games - which do you prefer?

Xbox has sold 2.3 million consoles in Japan in 20 years