Hardware Disk and Wii Mode icons off from the Wii U Home menu. 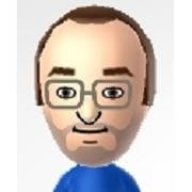 Without backup of the nand it is not possible to recover the disk and wii icons?

I think I may have moved a key to the wrong folder on the nand. I bought N64 games in the eshop and the game did not install because I had a fake key of that game, so I had to delete the key, but realized that I had deleted the wrong key and put the nand back, but I may have returned the wrong folder.

Disco games can not play anymore because there is no icon to launch the game, but I can start wii mode holding B when turning on the console and I can play the virtual console so the problem is just the lack of icons.

Is it possible to find the Wii Mode Title ID to try to repair if the key is still on the console but in the wrong folder on the system?
Last edited by AlanLC, Sep 29, 2018

Homebrew Custom .TGA only take effect in the Wii U and HOME menu.

B
Hacking Wii U freezes on Splatoon main screen

Hacking My Wii U and vWii wont Recognize Disks, but Homebrew Apps do...