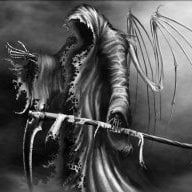 I have been using Dios Mios Lite seamlessly for the last few months and have had no problem with it. I decided to switch to Dios Mios after I saw version two was released a few days ago, yet I am having some trouble with it. I formatted the USB to FAT32 with 32KB cluster size, set to primary, and active, so that is most likely not the problem. I copied the exact folder I was using from the SD for the games onto the USB. Yet when I attempt to run them through Neogamma, Wiiflow, CFG, USB Loader GX, or the DM Booter, I receive a response as if no games are on the USB at all. The only notion I can see that any are reading them is that CFG tries to copy them to SD card after giving me a response that the USB is invalid (It shows the two games on the USB though if I re-select the partition and run them).

I see it says that both (DML and DM) can not be used at the same time, yet I don't think that would mean if I previously was using DML, that I would be unable to use DM now, right? I installed the 2.0 wad successfully for Dios Mios through Multi-Mod Manager.


Edit: Managed to get it to work, only on USB Loader GX. I had to manually set the path, as the other loaders do not give me this option I could not do it.

Hacking How to remove dios mios