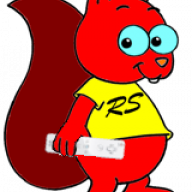 WTF!! This Switch had nothing on it, no cfw it was new. All I used was my account. It worked fine for a few days then I move into the new place and try to use it a get the famous Error Code: 2181-4008
for a system that had nothing on it. Banning just cuz of account name
Click to expand...

Any other confirmation here?
T

This was discussed already in WarezNX and he may have possibly jumped to conclusions. For starters, this error code is possible to achieve without a banned account seen here which wouldn't be a surprise since he has a kid. Also while no one asked him to login with his account on their website to check if its banned (currently the only way to check for banned accounts), then that means the account wasn't banned but the console. If that was the case, then Nintendo may have banned the console because it was associated with his previous account which was linked to a banned console. Lastly, I've never seen this error code pop up when trying to access the eShop but when users try to update their games as seen in the banning thread. If it was 2124-4007, then we would know for sure it was the console that was banned but the error code is slightly different.

As a multi Switch owner ... account bans are very rare it seems.
My first Switch is superbanned, I was able to dergister it as primary console and use the account on the new (ipatched) Switch. Been running fine for weeks now.

O
Hacking Why does Nintendo ban consoles and not accounts?

Hacking my sad story: How a profile picture banned more than 5 switchs

G
Hardware What happen if I delete a NIntendo account associated with an user profile on my Switch?

G
Hacking Question Why don't any games work after cfw on switch?