Other region games.
Diablo.III.GERMAN.PAL.REPACK.XBOX360-UNLiMiTED
Disorder_6_JPN_XBOX360-HR
Latest visual novel from the rather prolific 5pb. and set in the same world as Dunamis 15.

Teenage.Mutant.Ninja.Turtles.Out.Of.The.Shadows.XBLA.XBOX360-MoNGoLS
By most accounts a buggy and unfinished title. Still it is a 4 player brawler in the turtles universe.

Diablo_III_USA_RF_XBOX360-PROTOCOL
Region free is the order of the day.

Not really sure what there is to say here. Diablo is probably the most well known franchise in the dungeon crawler world these days and though it is not without competition there has not been a great deal of it with many once great franchises floundering a bit (dungeon siege 3 being a good example of that), lacking multiplayer or merely seeming to ape Diablo and thus not really getting a chance to eclipse it (Sacred, of which there is a Sacred 3 due out in the not too distant future even if it does not feature local co-op like this supposedly does). Though there have been nice alternatives like torchlike and deathspank as well as other games learning important lessons from such games (Lord of the rings, war in the north being a nice example there).

Still if you are really not familiar with the concept you get to make a character and fight your way through wave after wave of enemies until you beat the game, on the PC this tends to involve clicking several hundred times a level and killing your mouse or write (or both). Some have argued that the controls would not translate well to consoles which is not something we can get behind if only because there have already been several games that demonstrate this well.

Amazon words
Blizzard Entertainment’s epic action-RPG Diablo III is moving the eternal war between the High Heavens and the Burning Hells to a new battleground--Xbox 360! Armed with a controller and a custom-designed interface tailored for consoles, players will step into the role of one of five powerful character classes—barbarian, witch doctor, wizard, monk, or demon hunter--and embark on a dark journey to save the world of Sanctuary from ancient demonic forces. As these heroes adventure from the humble town of New Tristram all the way to the Diamond Gates of the High Heavens, they’ll engage in pulse-pounding combat with hordes of monsters and challenging bosses, grow in experience and ability, and acquire items of incredible power.
Features 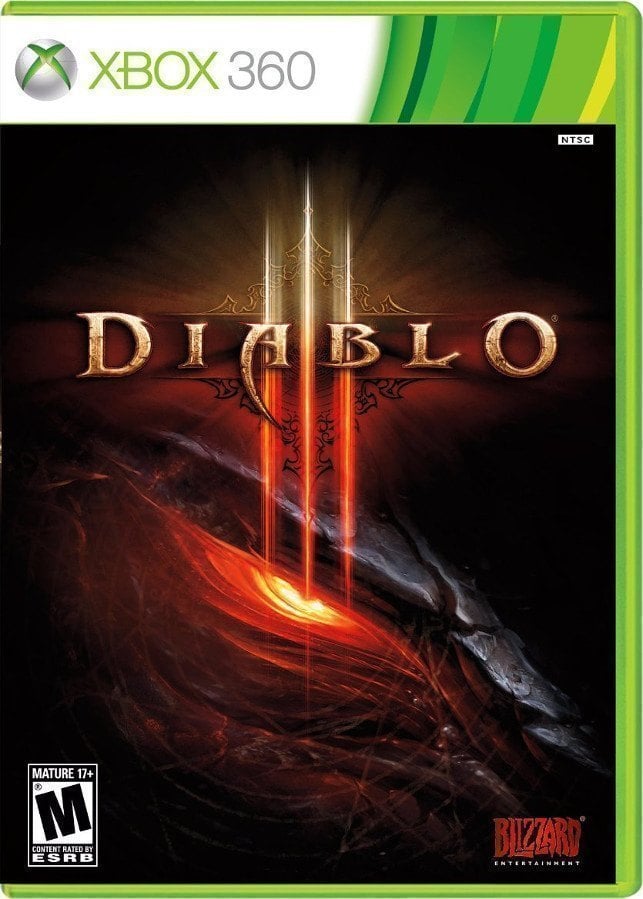 @ kenenthk: Wouldn't that make it better A moment ago
Chat 3