Chief Editor
GBAtemp Patron
Apr 8, 2021 at 2:27 PM
1,681 12 12
Having already released for Xbox One, PlayStation 4, and PC last year, THQ Nordic has decided to bring the Destroy All Humans! remake to the Nintendo Switch. This will be second time Destroy All Humans has appeared on a Nintendo system since 2008’s Destroy All Humans! Big Willy Unleashed. The Switch port will be getting two limited edition releases, one of which is priced at €399.99 and comes with a figurine, backpack, lithographs, and more, while the standard game itself will be priced at $39.99, and launches on June 29th.
Reactions: Smoker1, Julie_Pilgrim, Mama Looigi and 9 others
Click to expand...

That's a cool game! I had a lot of fun back in the day! Great news!
Reactions: Julie_Pilgrim, ChiefReginod and BlazeMasterBM 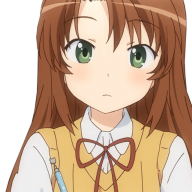 BlazeMasterBM said:
I want to destroy all humans irl
Click to expand...

This is one of my favorite games that I played on my Xbox and I’ve always wanted it to be portable! I am not shocked by the price but extremely disappointed
Reactions: Julie_Pilgrim, Stealphie and slaphappygamer

Wow. 399.99. Does that include the switch too? I’ll probably get this game anyhow. Looks great.
Reactions: Julie_Pilgrim

The first two on Xbox are still the funniest games I've ever played. It's unlikely they'll ever remake the second one but it was great, too.
Reactions: Julie_Pilgrim
F

BlazeMasterBM said:
I want to destroy all humans irl
Click to expand...

Not gonna buy the same game twice since I already have the PS2 version.
Reactions: Julie_Pilgrim

good things come to those who wait xD

Scott_pilgrim said:
For $399 for a decent remake of a ps2 game that better be one hell of a collectors edition
Click to expand...

@ Psionic Roshambo: But Apple did it best? lol (not really) 23 minutes ago
Chat 1