I recently tried this old dos FPS on DSi, from SD-slot and using TwilightMenu++. To my surprise I found that the game works, and even loads the various user levels. But there is some problem.
First of all it can't find the midis.nds file, even if it is present, and crashes.
But if you deactivate the music, everything is fine and it can load the levels. So, no problem here.

But the most serious thing, and very strange, is that it does not load all the textures of the background, but some remain white. The same for the animations of the explosions, for some doors / walls (which are not visible, but there are, and block the passage) and for some items.

But if you reload the same level, other different textures may be missing, and maybe some that were missing before are now present, or are defective.

So it would seem that the game never loads all the textures at once. How come?
I would like to point out that on flashcart the game works without any problem, except for some slowdowns and very rare freezes.

Can anyone give me an explanation and a solution, if it's easy to do?
Maybe our @RocketRobz , always so kind, helpful and competent.

In the pictures you can see the same place of the first level loaded 4 different times.
Thanks. 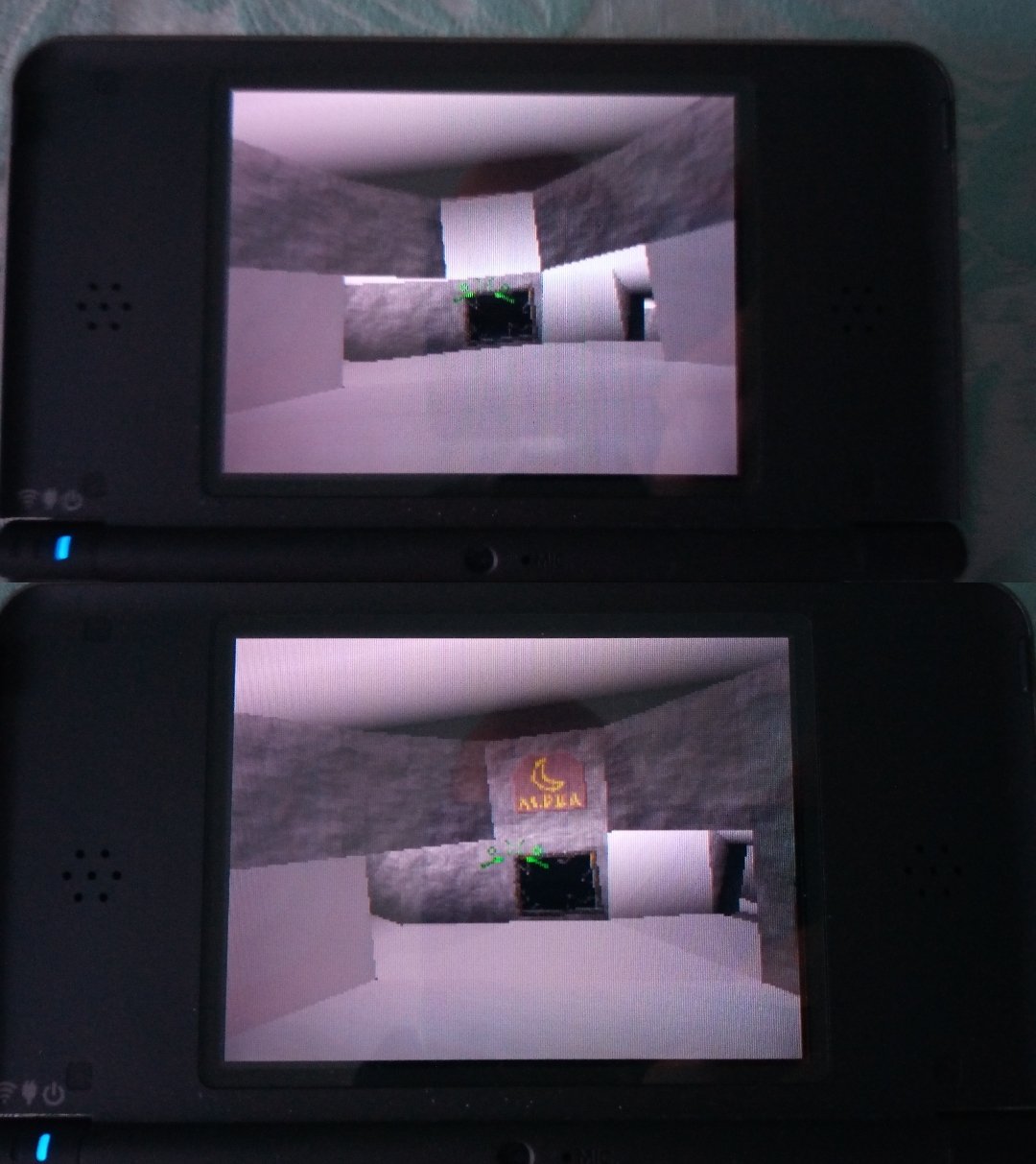 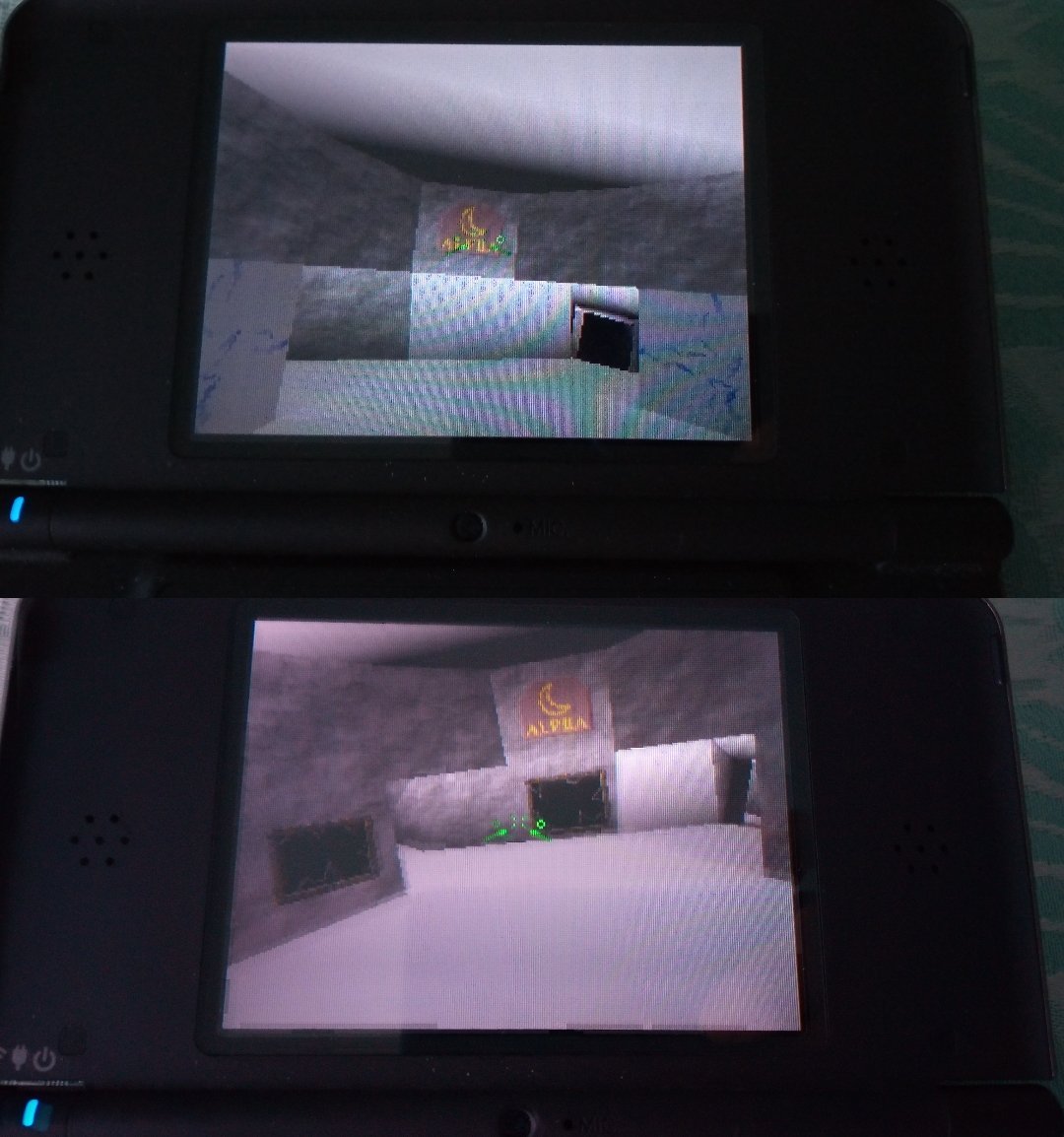 My guess is that the homebrew tries to load the textures directly to VRAM, which isn't possible when reading from the DSi SD card, since arm7 cannot access the VRAM.
Dunno about the music though.
Reactions: Nikokaro and banjo2

@ HarvHouHacker: This guy makes great stuff, really. Did you know he originally wrote and performed God's Not Dead? 24 minutes ago
Chat 0