A new support tier, said to be the customer service manager has now pretended to care (in one lone and publicly advertised email) but he, in fact, does not care. It's an act. That, I find two faced. I now have first hand knowledge of how DX is more interested in lying their way out of a bad reputation, than fixing it.

Take note people. This is the conclusion. Now, there is (again) no response from them. I briefly explained what was wrong and how DX could improve and it was ignored. There was no real attempt to contact me. Their "ticket" feedback system is locked. Again take note, this is how they do business.

They know who I am and I know who they are. In the end, they punish me for reporting on them. I know they come in here and I see the false positive feedback they give; on reseller ratings. Between their bulk buyers here and their own personnel, pumping the vote, the reseller rating site still gives them a poor report; anyway. They would have you believe though, in just this past week, their return record went from a 2; to a 5 (out of 10) without tampering. You may draw your own conclusions. For a fact, DX has newly responded to most of the unhappy customers; there on Reseller Ratings. They are right there for you to read and consider. DealExtreme speaks for themselves. If you believe unhappy customers are the problem, you are a fool. It's right there in Black and White.

Now which is it? Are only bad reports reported; as you say. Else, are so many good reports coming in; due suddenly to repentant DX? It can not be both. Use your brain. It is pure logic. This alone indicates that DX warnings best be observed. When someone spends more effort cheating than doing their job, we call that criminal.

If you can read between the lines and the Internet noise; using your logical brain, you would note that real people are many times, getting bad products and then extremely poor service. It's like Russian roulette. Sure, if you let them abuse you, they might pat you on the back now and then. Not me. 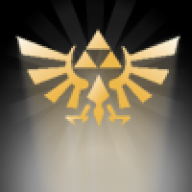 i just bought an acekard 2 from them..(waiting for it to arrive)..is it legit?
J

Heh, I've dealt with DealExtreme in the past. Their package came alright (though I wasn't at home to pick it up, hehe) and all was dandy. I didn't know what was wrong with everyone bashing on them.
Their customer support was good.

Now, it's been almost three weeks since I've ordered a DSL case and I've still no word on its delivery status.

They're not that bad of an online shop. They've got some nice things and they're usually all cheaply priced...but their shipping stinks (from personal experience and testimonies from other members here on GBAtemp).
L

spyke said:
i just bought an acekard 2 from them..(waiting for it to arrive)..is it legit?
Click to expand...

Sure.
DX is pretty good shop.
They handle huge amounts of orders, and if you buy something which is in high demand (like NDS flashcarts) it sometimes takes long to get new stock.

I bought an EZ Flash which has arrived in 2 weeks.

Then bought supercard, which took 1 month (they made a shippment error) ... I contacted support, and they were very helpfull, and sent out the missing SCDS1 immediately.

forget about neogba ... he is obsessed

anyway ... if you need it quick, and are willing to pay more, than there are better alternatives.

ordered plenty of things plenty of times, NOT a single problem...all shipments came in super fast!!

Under a week to Australia for all the orders.

Don't let him scare u away for DX

I've bought from DX many times, and the delivery time is slow , but they make up for it in how cheap their prices are. I purchased a faulty N5, which they exchanged/replaced (w/AK2) with absolutely no hassles.

When dealing with an effed up order, take care of your end fully and DX will most assuredly accommodate your situation(ie: hook you up with a new replacement product)

Patience is king when using DealExtreme. If you have time to wait, I recomend them. If time is a issue, use another retailer...
K

Still waiting on my hori screen protecter(The Legit one) been about 1 and a half weeks...(They also had the nerves to give me a wrong tracking number and haven't responded -.-, looks a bit fishy...) 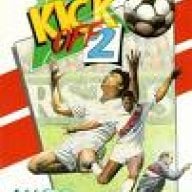 Is this still about the DSTT's faulty card reader?

Anyway, I've bought quite a lot of stuff from DX, well aware that slow delivery is the trade-off for low prices. Except for what I call "the grand DSTT fuck-up" of winter 07/08, I've had nothing but good experiences.
As a matter of fact, I've just received my replacement AK2 the other day, because the first one had been faulty. Getting the replacement was less bureaucratic than at your average German onlineshop. All I had to do was request an RMA, send the card back to Hongkong and email a copy of the postage receipt to DX' support team. They transferred the postage cost to my Paypal account on the same day.

"Still waiting on my hori screen protecter(The Legit one) been about 1 and a half weeks...(They also had the nerves to give me a wrong tracking number and haven't responded -.-, looks a bit fishy...)"


No fishiness. It takes @ 2weeks average to get to USA. Also remember there is an 8hour(give or take) time difference (hence the slow response to tickets).
Another factor is language translation. Your dialog must be clear and simple when making a ticket.

Oh yea, DX is legit. The wait can be long (3-4 weeks for East Coast USA delivery), but its all good. I did an order, showed up in great condition. A buddy did an order, just got his last week. And he did another order yesterday from them.

I ordered an DSTT from them on June-6, and i'm still waiting for the shipment. It said the item was on backorder a couple days ago. Hopefully they send it out soon. 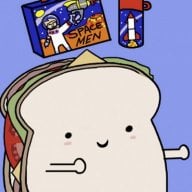 Neogba didn't you say your last post was going to be that last post you posted a couple weeks ago?
S

It's so weird to read so many people bashing on DX. I've ordered over 100 products from them, including a few DSTTs, in almost 90 orders and I haven't had the slightest problem. The longest shipping took less than two weeks (west coast, USA).
D

Supreme2k said:
It's so weird to read so many people bashing on DX. I've ordered over 100 products from them, including a few DSTTs, in almost 90 orders and I haven't had the slightest problem. The longest shipping took less than two weeks (west coast, USA).
Click to expand...

People tend not to trust people with 1 posts xD


Besides taht, I ordered 3 DSTTs and some other stuff came in about 2 weeks, they all work

I cant praise dealextreme enough, I've never had any problems with them, I've ordered at least 10 flash cards from them in the last 2 months and plenty of other stuff, and all arrived withing 14 days.

Bought around 60 bucks worth of stuff 3 months ago, and they're all working fine. INCLUDING THE MICRO SD READER THAT CAME WITH MY SCDS1.

Before I had purchased it, I asked them if they will replace my cart if it had a PSRAM error, and 2 days later (yes, I know, 2 days.) They've told me that if it breaks within 3 months, they'll replace it. So far, out of 5 emails I've sent them, the latest took 2 days. Usually, it takes them about 6 hours to a day and a half.

But I must admit the 7.5 rating with returns is a bit surprising. However, that doesn't stop me from buying more of their products.
S

Seriously your going to get banned soon.
WE GET YOUR POINT!!
Only a small number of people have troubles with DX out of the numerous amounts of products they've sold. 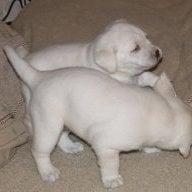 ordered several times from DX and always pleased. Time from order to actual receipt of items for me is 2 weeks (when out of stock once it took 4 weeks)
F

dealextreme is the best... you can see their processing time before you buy.. if you don't like it.. look elsewhere.. jeez you people are a bunch of whiny little kids..

they give you a freaking tracking number as well..

Hacking Atmosphere 0.19.0 Has Been Released!