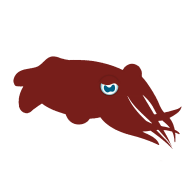 Wondering if there are any games akin to the Dark Souls series, as it seems like a fun game to keep in your pocket.

Also, less important but bullet-hells would be nice too, if any of y'all know some good ones.

Some shmups http://gbatemp.net/threads/gbatemp-game-of-the-week-74.336294/
Not all will be bullet hell but might find something.

Dark Souls on the DS? Hah. What sort of things do you like about it? Precise and unrelenting real time combat with a fairly deep engine is not a DS forte. There are some nice games, there are some fast games but fast and precise is not a thing the DS excels at. Indeed I am not sure what other than ? souls I would use to scratch the souls itch in general, some might say monster hunter but some get laughed at (and also it is not on the DS). Dragon's Dogma kind of gets somewhere near and some of the other real time games (Witcher and the like) are not too distant.
There are some real time combat things but I don't think anybody would really miss them -- stuff like Ninja Gaiden: Dragon Sword.

If you lose the real time then maybe Dragon Quest Monsters Joker might be worth looking at. It is not hard at all but Might and Magic Clash of Heroes could get you somewhere. Infinite space has its flaws but has some elements you might like.

Lock's Quest is not an amazing game but might help slightly.

You might do OK from the Megaman Battle Network and Star Force franchises.

If you have GBA capability I might look to there instead. Summon Night swordcraft story, Shining Soul and maybe some of the Lord of the Rings games do OK here, the summon night series particularly and the third game is getting on with the translation as we speak.
Reactions: ImInsane

Homebrew Should I market a homebrew DS game?