Any line should be translated almost exactly as it appears. Everything in the pastebin is directly from the game's files.

As far as the LBX parts descriptions go, give me a few lines of Direct (or near direct) translation and then a few lines of your method. I'll try em out in-game and see which looks/fits better and we'll go from there. However I am liking your idea simply for consistency and it uses less space. I do want to keep things as close to the original as we can, ya know?
S

CrashmanX said:
Any line should be translated almost exactly as it appears. Everything in the pastebin is directly from the game's files.

As far as the LBX parts descriptions go, give me a few lines of Direct (or near direct) translation and then a few lines of your method. I'll try em out in-game and see which looks/fits better and we'll go from there. However I am liking your idea simply for consistency and it uses less space. I do want to keep things as close to the original as we can, ya know?
Click to expand...


In Japanese, the leg part is at the end of every description (it ends like "..'s leg part"), but when directly translated into English, it sounds awkward being at the end of the sentence. I'm trying my best to keep everything as close to the original, but just rearranging the structure to fit English grammar structure.

My idea's also convenient for the translation of descriptions of other parts since they use the exact same description except for instead of leg part it's head part.

Here are a few examples. 1st one is the near direct translation, 2nd one is my version. 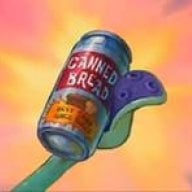 I like the changed translations a bit more than the direct. Those work rather nicely.
Kevinkun, we've already go the LBX and Attack Name's translated, but I'll cross check em with those videos just to see what we might have messed up or changed. Thanks man.
S

Okay, I'll continue with my layout of translation.
By the way instead of "Leg part:" how about just "Leg:" ? That saves more space.

I finished translating the leg part descriptions.
Record 92-99 were blank on the pastebin file, was it supposed to be blank??

Also have you guys translated all of the character names? If so, can I see a list so I can make sure my translations are consistent with previous ones?? (I used Kazuya in the leg description instead of Kazu & Lex and not Rex).

Kazuya is correct.
Most of the names are based off the ones at the Danball Wiki. So double check there if you're unsure of a name.
S

Ok, I double checked with the wiki and it's consistent with all of the names I have on the leg part descriptions.

I scanned through LBXHeadExplain_JP.BTX and all of the descriptions are the same as the leg one except it says head part instead. 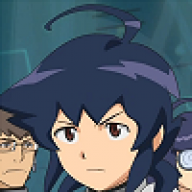 For the sake of convenience, we should upload the scripts to Google Doc and allow people with the link to edit, at least. I've set up message.pac as one here:https://docs.google.com/document/d/14eIZNskTMYwgIllJAq8njfUrG91bBqq7YDjtT6eGkYI/edit

I believe some people have already worked on parts of it and that's why some of it is missing. If there's anything in it already translated but not updated, please copypaste changes.

I don't do the Google Doc stuff because of the specific format which the Text has to be in for me to re-inject it into the game.
Google Doc messes up said formatting and I have to re-write the file to put it back in the game.

As far as the Message.PAC, see the first post for any progress on the file. I believe it's almost completely done.
F

Also, don't be shy about asking for help with the names and stuff. I've been helping CrashmanX longer so I know most of the names and stuff off the top of my head. Also, I'm liking the "Leg Part:..." thing. Waaay shorter than what I've been doing which is a bit long and stilted. Check my posts in this thread for the files that I've already done or ask Crashman for them. BTW, the first page hasn't been updated. I know for a fact the Message.pac ArmExplain and CPUExplain is already done and posted. There might be more. I have to check.
S

The only name I wasn't really sure about was Lex (レックス). It can be translated as Rex, but his jacket says "LEX" on it so I've always used Lex. The anime was subbed using "Lex" too.

Oh, in that case I hope my LegExplain wasn't a repeat of the ArmExplain... I guess we can incorporate the "leg part" idea into the arm one??

Are there ones you know for sure that aren't done? I can work on those.

I'll update the post tomorrow morning. Then we'll know for sure which ones aren't done.
Ended up being busy today so I didn't get a chance.

As far as Lex/Rex goes, I've been translating it as Rex but if the anime used it as Lex and the Jacket says Lex we'll go with that.
F

Ah, the thing is, even though it's LEX on his jacket and on the anime, when you read his descriptions, all of them have kingly connotations. Hence I think they're going for Rex, which means reigning king. Though it comes down to whether Crash wants to use Lex or Rex. He has final say.

Also, I really like your "Leg Part: ..." description and if it's the same for CPU, CORE, HEAD etc. explain then I'll just rework my ARMEXPLAIN to use your convention and post it here. That way, just by substituting the Leg Part for whatever part that is left untranslated, it'll speed up that translation for the message.pac's explain files.

You LEGEXPLAIN is mostly the same with my ARMEXPLAIN but with some errors. Would you like to hear them? I haven't seen them all but there are a few that caught my eye.

Yea, it's a little inconsistent as to weather it's Rex or Lex. Rex, like you said, would make sense given his position/titles. However the Jacket says Lex and it's commonly put as Lex. I'm not sure if that's Romanization error, since Japanese doesn't have a difference between L and R exactly, or if it's intended to be that way.
S

If you don't mind sharing the errors you saw, sure. (: There were a few that I was unsure about. I'd like to learn from errors so I can make better translations in the future.

Honestly, I don't mind how you guys want to romanize his name because it doesn't really make much of a difference.
F

G.Rex for the Danball, Lex for Hakai-O G-Lex, Lex for whenever Hiyama Ren gets mentioned in dialogue. How about that? And the play on T-Rex makes sense. I'll re-do my ArmExplain with the new conventions and then I'll post it here. I'll post the corrections then. I would have done it earlier but my power just came on. Damn power outage.
S

Sounds good to me. Thanks!

OK. 1st post has been updated!
All files listed as "Untouched" are exactly as they sound. If you guys want/need any files then I'd have to suggest finding a copy of the game itself. Alternatively depending on the size I'll upload it to Pastebin so you can have access to it.