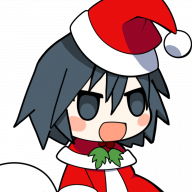 I'd like to preface this with I am very new to this scene and this could either be a stupid easy solution answered somewhere or something overlooked. I'm sorry in advance.

I've been running the Gay Fates mod, and of course it has a few cheats that run with it. To run these, I use NTR-CFW 3.6, and a version of Luma3DS that was altered to (supposedly) work with NTR . I believe a dev version of 10.2.1? Anyways. A few codes work, some cause the game to crash, I don't particularly care when they do because. I sort of just assumed it didn't work. The real issue lies within trying to load the Twin Kanas patch through NTR-CFW. I get an extremely consistent crash error which I will attach below. AMAZINGLY, I can't figure out how to read it, because the program I have just...kind of crashes.

I have booted the game without NTR-CFW running, and it does indeed work. All versions included on NTR-CFW Launcher (3.2, 3.4, 3.6) yield similar if not the same crash log.
This seems to be more an error with NTR-CFW than the patches themselves, as I do get the same crashes on Pokemon Y when I load a cheat (i.e, just a shiny pokemon one, it crashes right after catching).
For the cheats themselves, Rosalina menu works much better for Fates, and I don't really bother with Y although it also crashes. I really only care about how it keeps crashing my patch. :^(
The patch I'm running is deathchaos-25's Twin Kana patch, and it's run alongside the aforementioned and installed Gay Fates.

I haven't had a chance to try HANS yet, but I think that's going to be my only option with patching. Any advice, ect?
Sorry if the explanation isn't clear/is too long winded, I'm not good at this stuff. At all.

edit : // yes, I do have game patching enabled within GM9.

edit 2 : // PATCH WAS IN THE WRONG FOLDER. Issues with NTR-CFW still exist though. Correct answer with the patch was to just go crazy and drop it where i thought it shouldn't be (...in the game folder.)

Homebrew Checkpoint crashes every time a cheat is used