OK here is the thing, in my house there are three wiis. Two are soft-modded one is clean.

My wii got the video out half fried when my room mate used a bad audio/video cable to hook up his ps3 next to mine. Causing a pretty blue arch of electricity to go between the two consoles. (don't worry guys the demon child ps3 was OK).

The only video out that still *sorta* works is s-video, and for it to work you cant have it plugged in all the way, and when it does show it has a not fully colored look to it. though all the diff colors show.

Point being, i want to copy the save files from my wii to my friends wii. However apparently anything that is wi-fi enabled wont copy. What im wondering is if there is a homebrew app that will circumvent the wiis "do not copy" stuff, and allow me to move all my saves. I Can understand why RB2 DLC wont copy and am fine with that, however i would like to be able to play all my songs with out having to re-unlock them.


Also on a side note, when i run the wii internet channel or have any of the console text apear during game loading it is off to the left side of the screen causeing me to not be able to read the first few chars of anything displayed.
S

ok, so i used a program called, "savegame exactractor/installer".

It worked well, however i am unable to copy data for games that i only have on the USB drive, and data for any burned games

Any info on this? 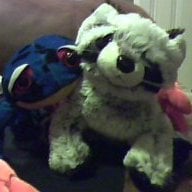 If 4.0... I'm pretty sure one of the preloader hacks allows for the same.
S

ah, yes that worked. thanks!