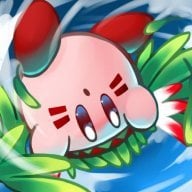 Im trying to create some PC Engine VC injects, but all of my backups are in .cue and .bin format, does anybody know if theres a method to convert .bin and .cue files to one .pce file ?

So I did some further research and apparently the VC Injector isnt build for injecting PCE CD games like Rondo of Blood, Ive looked around for an alternative and found the TemperPCE emulator, thing is though, whenever I try to boot a game it says "unable to load rom".

Again my game is a single .cue and multiple .bin files, Ive placed the 4 bios files where they should be (3ds/temperpce_3ds/syscards) and Ive already tried out both bios and game in mednafen to make sure theyre not corrupted, but they worked immediately without any issues using mednafen.

Nevermind I already fixed it, as it turned out, TemperPCE doesnt like multiple bin files, a single bin/cue or bin/iso is what you want.
Last edited by Deep_Blue, Jan 14, 2021
Reactions: SaulFabre

S
Is it me or are cdi files of Sega Dreamcast games just flat out impossible to find these days?

Converting games to GDI for GDEMU