SSBB and Mario Kart Wii (and some other games) allow you to choose your controller combination. You can choose Wiimote-only, Wiimote and Nunchuck, Classic controller, Gamecube controller, anything. I guess that's because, while "innovative and intuitive and whatnot" Wiimote controls are fun and all, they're not necessairily everyone's favourite.

What kind of controller do you prefer? What's more important to you in a controller? Comfort and/or key layout aside (imagine it's custom-tailored to your hand), what do you look for in a controller? Precision? Ease of use? Intuitive control? Realism? Based on your priorities, what controller do you prefer? A gamepad, the Wiimote, a keyboard and mouse, or would you prefer an entire collection of genre-specific controllers (like joysticks, flight yokes, HOTAS systems, steering wheels, USB golf clubs, digital fishing rods, lightguns, guitars, etc. etc. etc.)?

Although a year ago I would have picked mouse and keyboard, the wiimote and nunchuck combo has become more useful everyday. Whether it is FPS, racing, adventure, or platforming, the Wiimote combo can do it all. The last test for the Wiimote, IMO, is an RTS. That is the only thing I still prefer the mouse and keyboard for.

Is it true if you forget to eject in Steel Battalion it will erase your save? That's hardcore man.

Steel Batallion controller looks pretty intuitive to me. You have pedals, two sticks and couple buttons on sticks.

I don't know if wiimote is actually intuitive. Using the sensor bar instead of directly pointing at where you want is counter-intuitive IMO.
Like, if I want to shoot the thing on top right corner of the screen, my wiimote is pointing at a cuckoo clock instead. I find that quite annoying, and needing to shake the wiimote around to locate my hand is a poor design.

I like some genre specific controllers, majorly rhythm games like Taiko, Bemani, Guitar Hero, and racing games on wheels (G25 or DFP).

I'd prefer keyboard and mouse if I were playing Microsoft Flight Simulator 2050. I don't want 3 stacks of 2m long dashboard and 250 buttons. (Just kidding)

Intuitive controllers? Do you remember the duck hunt game on NES and the gun controller? I think nothing really beats the intuitiveness of that.
You hand it over to someone, and without any explanation you get the game going.
You hand over a Wiimote to play Wii Tennis against someone who has absolutely no exposure to Wii. Then you need to explain how s/he has to point at the sensor bar to move the hand around and s/he'll need to swing that thing instead of using dpads and buttons and stuff.
That's education not intuition.

I don't hate the Wiimote. For games like SM Galaxy, Wiimote is the best controller I can think of. And for Wii Sports games, I think the game is intuitive but not the controller.

Nobody explained to me that I need to swing my nunchuck to throw a left punch. I thought the nunchuck stick was for moving around my character and wiimote was for throwing punches. I had no guard up and was throwing random right punches in a row. Also nobody explained to me that there's a tutorial before the game actually starts and I should be paying attention to the tutorial, not the opponent. Either I have bottom 5% IQ of all Canadians or Wiimote+Nunchuck isn't intuitive enough, I needed to "learn" how to use those things.
A

I chose the keyboard and mouse, control is customizable and I prefer the mouse for FPSs a lot better than the analog stick.

Hmm, well considering I prefer old and slow, it's not to relevant.

I suck at shooters where ever you put it on.

I need something with discrete turns.

I've tried to do the wasd thing, and my hand just can't seem to get it.

I run over quite a lot of trees in my tank

(and houses, and fences, and cats, and bikes and anything too slow to get out of the way 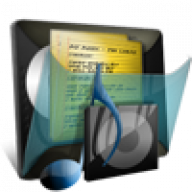 jesterscourt said:
Is it true if you forget to eject in Steel Battalion it will erase your save? That's hardcore man.
Click to expand...

Yup. When you die, you die.

deathfisaro said:
Steel Batallion controller looks pretty intuitive to me. You have pedals, two sticks and couple buttons on sticks.

Apparently, there are around 40 buttons, including everything on the dashboard. Fun times for those who don't read the manual, eh?

deathfisaroI don't know if wiimote is actually intuitive. Using the sensor bar instead of directly pointing at where you want is counter-intuitive IMO.
Like, if I want to shoot the thing on top right corner of the screen, my wiimote is pointing at a cuckoo clock instead. I find that quite annoying, and needing to shake the wiimote around to locate my hand is a poor design.
Click to expand...

This is where I disagree with you. Mind you, not pointing at what you want to shoot can be disorienting at first, I'm pretty sure there's no way of having a perfect system like that barring the light gun setup, and even then you might trigger epilepsy so that's not always a good thing. That said, most Wii games have an on-screen cursor for a reason, so you really need good hand-eye coordination to really benefit from the controls. And in my case, my TV is near the ceiling and I'd of course wear my arms out if I had to point up there so much. =P Metroid Prime 3 really sold me on the FPS controls, since I had played Red Steel and wanted something better, which MP3 delivered on. If I could play it with a mouse+keyboard, or play a PC FPS with the Wiimote+nunchuck, I could probably decide what's better.

Now, I'm not someone who thinks that Wii is better than all, just that some of the features are used well in some cases. Like, you have the same tilt controls for Sonic Wii that you do in MarioKart, but I feel that Sonic does it better than MK. I've now tried all but the Classic Controller setup in Brawl, and I'm actually fine with all of them, even the NES-style Wiimote only way. I was actually surprised at how well that worked, though of course it would take getting used to.

One of the big points about the Wii is "natural" actions. Sure, a seasoned gamer is going to pick up the controllers and start fiddling with the buttons, but anyone new to games would have both controllers in their hands and seeing the boxing game for example, would probably instinctively start punching with the controllers. I don't know if that will actually happen or not, but it'd make sense to me.

Mouse and one of those Steel Batallion Controllers with the three pedals, anytime!

A game with a confuse controller scheme is not hardcore.. is just badly designed

I've been playing SSBB and MKWii using just the Wiimote.. and to me, SSBB feels a lot more hardcore with it.. fells like I'm playing an old fighting game..

As for MKWii, IMO, the game should have only one control option. A lot of "hard core" gamers don't even try the motion sensing control or try it already thinking that it's bad.. "Ok let's try it! *plays one race and loses* OMG it sucks! Back to GC controller".


Now.. if you want something really HARDCORE.. go try one of those old adventure games like Space Quest and Zork.. where you need to type your commands..

i can remember when the show BiTs showed this Steel Battalion controller, it's a monster man.

steel battalion looks like it has great controllers.
D

I actually want to play Steel Batallion, if only to really see how well it plays, and if the difficulty in the game only lies with trying to remember what each button and switch does. =P

God forbid if they aren't labeled...and you couldn't sit that puppy on your lap either (and be comfortable, anyway). Geez.

I prefer gamepad for any genre, except for shooting. I am absolutely horrible at using analog sticks for aiming, I find the mouse and keyboard combination much more accurate.

Tutorial How To Play (and comprehend!) Japanese Games

@ KennieDaMeanie: I wouldn't want it for 5 2 minutes ago
Chat 3