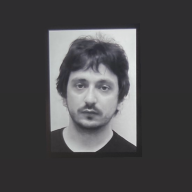 What I'm about to tell you puzzles me and what leaves me still more wordless is the fact that I haven't been able to find a single thread on the entire internet about it. Without further ado:

I have a nintendo wii (actually, my brother has) that was out of use for quite some time. As I'm spending some time at my mother's, where he lives, I decided to resurrect the console in order to ward off the boredom. After playing the entire Majora's Mask and Mario 64, both wads turned channels via wad manager, I decided it was time to try Twilight Princess on.

After learning how to use Usb Loader GX and downloading the .wbfs, I finally managed to get the game running. That's when it all started.

At first I was stuck at the "Press A + B" screen. I pressed the buttons repeatedly, to no effect. It seemed the controller stopped working totally, except that, if I kept the on/off button pressed, the console would eventually turn off. Changed batteries. Nothing. Bought new batteries. Still nothing.

That's when I noticed the correlation: whenever the wii controller speaker was working, then the game would recognize it. If the speaker wasn't working, the game wouldn't. For exemple if, before opening USB Loader GX, I would set the volume of the controller speaker on the main menu and the speaker would reproduce the playback noise indicating the volume, then all was ok; if it wouldn't, nothing would happen at the "Press A + B" screen.

The only way to make the controller work again is to take its batteries off and wait some time. Then everything gets back to work. BUT the working time I get from it is proportional to the time I left the controller without batteries: if I let it all night without batteries and only play in the next afternoon, I can get up to 1h of working controller. If I – in utter despair – take the batteries off for 5 minutes, I usually get a minute or less of playing.

Other games that use the speakers (e.g., Wii Sports) work normally. I can play any other game, except for Zelda Twilight Princess.

Do you have ANY idea of what might be happening? Because I'm utterly disoriented and confuse. I should add that I'm not particularly electronically savvy, so I'd appreciate any suggestions you might have!

My switch Volume - keeps turning down when I press Volume +

@ KenniesNewName: I kind of feel like at this point they've done all they can with 3ds ports 24 minutes ago
Chat 1